Executive producer Shonda Rhimes speaks onstage at the 'How To Get Away With Murder'' panel during the Disney/ABC Television Group portion of the 2014 Summer Television Critics Association at The Beverly Hilton Hotel on July 15, 2014 in Beverly Hills.
Frederick M. Brown—Getty Images
By James Poniewozik

Beginning Sept. 25, superproducer Shonda Rhimes will take over a solid night of prime-time network TV in a way usually reserved only for pro sports. ABC airs Rhimes’ Grey’s Anatomy at 8 pm ET, Scandal at 9 and How to Get Away With Murder (created by Scandal co-producer Pete Nowalk) at 10. Aw yeah, America! Are you ready for some conspiracies, murder and romantic entanglements?

My column in this week’s print TIME looks at what makes a Shonda show a Shonda show, and what Rhimes has that other network producers don’t (and would love to):

You’ll have to read the column (subscription required) for my take on Rhimes’ creative style. But anyone who gets three solid hours of programming on a major network is also a business success, and it seems to me that Rhimes has, in a couple of ways, used her art to overcome the problems facing big broadcast TV today.

First and most obvious is that Rhimes’ shows have unlocked social media, which can either be a distraction siphoning viewers away or an attraction tying them to you. It’s not just about how Rhimes’ cast, and she herself, have used Twitter so well and actively; in a way her shows, and Scandal in particular, are built for social media, with their OMG-ability and their sense of constant, crazy acceleration. It’s a way of making a scripted drama feel like an event, something you want to experience live.

But also, with Scandal–and maybe with Murder as well–she seems to have figured out one answer to the question of how broadcast networks can compete with the creative license of cable. At least since Tony Soprano came to HBO, there’s been a belief that cable protagonists have a freedom to embrace the dark side that network shows, with their broader audiences, don’t have.

But Rhimes’ series–like, in a different way, The Good Wife–draw their strength from allowing their characters to be bad, or at least ethically flexible. The fact that you don’t know precisely what moral lines Olivia Pope and her gladiators won’t cross doesn’t make them unlikeable; it makes them interesting. (It’s also helped keep the show grounded in character even as the third season’s plot spun further into quasi-Alias territory.)

As for How to Get Away With Murder: well, read the title–it’s taking moral compromise as a mission statement. Judging by the pilot (all I’ve seen so far) this show is a “maybe” for me so far. Viola Davis is as commanding as a pounding gavel, but the show still needs to establish that it has its own identity beyond “Scandal goes to law school.” But it starts off fast, and we can judge from precedent, will only get faster. Not for nothing does Shondaland’s production company logo feature a roller coaster. 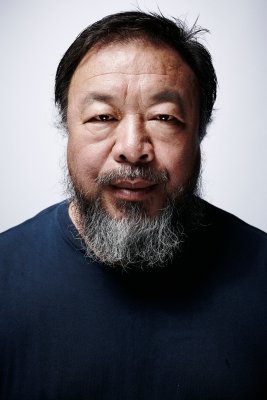 Ai Weiwei to Showcase Lego Portraits at Alcatraz
Next Up: Editor's Pick