The CEO of PepsiCo on Thursday slammed the behavior of several NFL players who have been accused of domestic abuse in recent days, in harsh words from the head of a major league sponsor.

“I am a mother, a wife and a passionate football fan,” CEO Indra Nooyi said in a statement. “I am deeply disturbed that the repugnant behavior of a few players and the NFL’s acknowledged mishandling of these issues, is casting a cloud over the integrity of the league and the reputations of the majority of players who’ve dedicated their lives to a career they love. When it comes to child abuse and domestic violence, there is no middle ground. The behaviors are disgusting, absolutely unacceptable, and completely fly in the face of the values we at PepsiCo believe in and cherish.”

Nooyi went on to place her confidence in NFL Commissioner Roger Goodell’s leadership.

“I know him to be a man of integrity, and I am confident that he will do the right thing for the league in light of the serious issues it is facing,”Nooyi said. “The reality for Commissioner Goodell and the NFL is that they now have an opportunity to effect positive change with the situation presented to them. I urge them to seize this moment.”

Goodell has come under fire in recent weeks after a video of Baltimore Ravens running back Ray Rice punching his now-wife was released by TMZ. Goodell has originally suspended Rice for only two games for the incident, but the league decided to suspend the running back indefinitely after the video leaked. The NFL came under further scrutiny when news outlets reported that several other players were under police scrutiny, including Minnesota Vikings’ Adrian Peterson, San Francisco 49ers’ Ray McDonald and, as of Wednesday night, Arizona Cardinals’ Jonathan Dwyer. Critics say Goodell hasn’t done enough and have some have sought his resignation.

PepsiCo pays over $100 million per year as a sponsor of the NFL. Nooyi is one of the few female CEOs of a major American company and is consistently ranked among the most powerful women in the world. 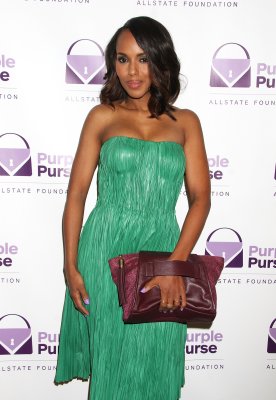 Kerry Washington Carries a Purple Purse to Call Attention to Domestic Violence
Next Up: Editor's Pick