These Governors Return Their Salary To The State

Not all governors take full pay for the job.

Some take a small salary cut for symbolic reasons. New York Gov. Andrew Cuomo, for example, took a 5 percent salary reduction in 2011. “Change starts at the top and we will lead by example,” he said in a press conference announcing the cut. “Families and business owners in every corner of the state have learned to do more with less in order to live within their means and government must do the same.”

Others, like Michigan Gov. Rick Snyder with a net worth of about $200 million, simply don’t need the money.

Curious to see every other governor who forgoes all or part of their salary? See the list compiled by research engine FindTheBest with data from the National Governors Association below.

First on the list is Pennsylvania Gov. Tom Corbett, who takes a salary reduction for neither symbolic or wealth reasons, but has simply refused several cost-of-living adjustments during his time in office, keeping the $175,000 salary he had when he started in 2011. If Gov. Corbett took his full $187,256 salary, he’d be the highest-paid governor in the nation. Instead, he’s tied for second with New Jersey Gov. Chris Christie, and Virginia Gov. Terry McAuliffe.

Next up are Governors Steve Beshear and Peter Shumlin. Like Gov. Cuomo, they initially took salary reductions to represent solidarity with constituents during tough times. Gov. Beshear, for example, took his reduction in 2009 to share the burden of Kentucky state budget cuts, and Gov. Shumlin took his in light of a $150 million deficit in Vermont in 2010.

Then there’s Florida Gov. Rick Scott, who—like Gov. Snyder—refuses his salary because he’s amassed so much wealth elsewhere, reporting a net worth of $132 million last year. And while it’s unclear what kind of wealth Gov. Bill Haslam has, his brother Jimmy Haslam—CEO of Pilot Flying J and owner of the NFL’s Cleveland Browns—is worth about $1.45 billion.

In fact, the only governor to sacrifice his entire salary who does not fit the uber wealthy mold is Gov. Robert Bentley of Alabama. Bentley reported a high, but not extremely high, income of $372,687 in 2013, none of which came from his $119,950 governor’s salary. $119,950 would be a noticeable contribution to his bottom line, but Gov. Bentley refuses to collect a dime until Alabama reaches a full employment rate, meaning the unemployment rate drops to 5.2 percent. 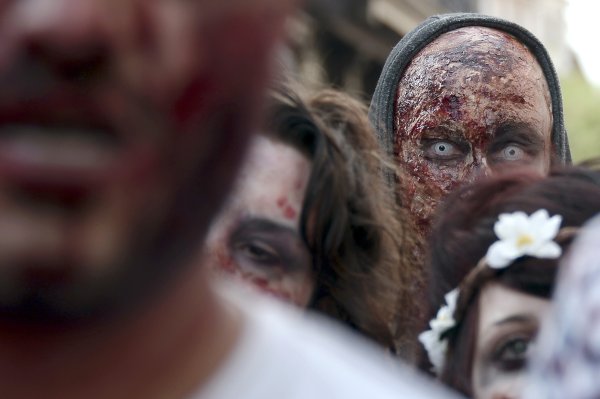