Petro Poroshenko, the president of Ukraine, asked a joint meeting of Congress Thursday for military weapons in the fight against East Ukrainian separatists.

“One cannot win the war with blankets,” said Poroshenko to hearty applause. He added that both lethal and nonlethal aid is “urgently needed.”

The United States has provided about $60 million in nonlethal aid so far.

Poroshenko, who entered the House chamber to a three and a half minute standing ovation, astutely pulled at the heartstrings of Congress, tying Ukraine’s fate to American assistance in the fight, the “forefront of the global fight for democracy.” He also said that the country, like Israel, had the right to defend its territory and that the annexation of Crimea—”one of the most cynical acts of treachery in modern history”—wouldn’t be tolerated.

In a speech that lasted over 40 minutes, Poroshenko said the struggle “is not only Ukraine’s war.” He pushed for further sanctions against Russia to “help distinguish between good and evil,” a fund that would aid U.S.-Ukraine economic activity and a special U.S. security status for Ukraine.

“The war that these men are fighting today is not only Ukraine’s war,” Poroshenko said. “It is Europe’s, and it is America’s war too. It is the war for the free world.”

Correction: The original version of this story incorrectly reported that Ukraine President Petro Poroshenko gave his remarks to a joint session of Congress. It was a joint meeting. 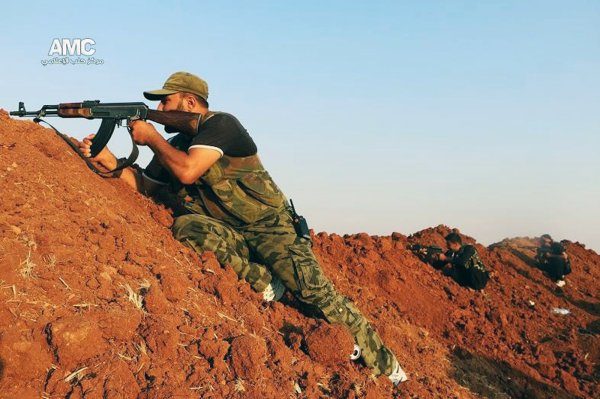 House Passes Bill to Train and Equip Syrian Rebels
Next Up: Editor's Pick