Its slogan was “Arrive before you leave,” but Concorde passengers had to settle for slightly slower travel than that, at twice the speed of sound.

It took years of testing to convince the public it was safe to fly that fast. Although the famous Concorde first flew in 1969, the supersonic turbojet didn’t begin carrying commercial passengers until 1976. Meanwhile, test pilots broke record after record. On this day, Sept. 26, in 1973, the Concorde made its first nonstop flight across the pond, from D.C. to Paris, in a record-smashing three hours and 32 minutes. A Boeing 747 took twice as long to go as far.

Cruising at 1,350 miles per hour, Concorde went on to set the record for the fastest-ever transatlantic airliner crossing, on a 1996 New York-to-London flight that touched down just two hours, 52 minutes, and 59 seconds after takeoff.

The plane was both an engineering marvel and a model of international collaboration. Designed and produced by a partnership between the French and British governments, it joined the fleets of both Air France and British Airways. However, mixing business with politics between foreign powers didn’t always go smoothly, however. For one thing, the effort was a massive financial loss. Only 20 planes ever entered commercial service, and neither government recouped their investment in engineering and testing.

And then there was the extra “e.” Originally, the French and British officials overseeing the plane’s development agreed that it would be spelled “Concorde,” in the French way. But British Prime Minister Harold Macmillan reportedly felt snubbed once when French President Charles de Gaulle visited London and declined to see the prime minister, saying he had a cold; in retaliation, Macmillan decided to spell the name the British way on British planes — without the “e.”

Britain’s aviation minister at the time, Tony Benn, later told The Guardian that he came up with a plot to restore the “e,” and concord between the countries, when he attended the plane’s French roll-out in Toulouse. There, he simply announced that Britain was putting the “e” back on.

“We had to have the same name for the same aircraft, and besides, it was reversing an insult to the French,” Benn explained. “I didn’t tell anybody I was planning to do it, but once I had announced it in Toulouse, they couldn’t do anything about it. I said, ‘E stands for excellence, for England, for Europe, and for the entente cordiale.’”

The plane’s spotless safety record was shattered in 2000, when a French Concorde crashed just after takeoff at Charles de Gaulle Airport, killing all 109 people on board along with four on the ground. The damage to its reputation, coupled with an aging fleet and financial losses, conspired to ground the Concorde for good three years later.

Read about that crash here, in TIME’s archives: Doomed 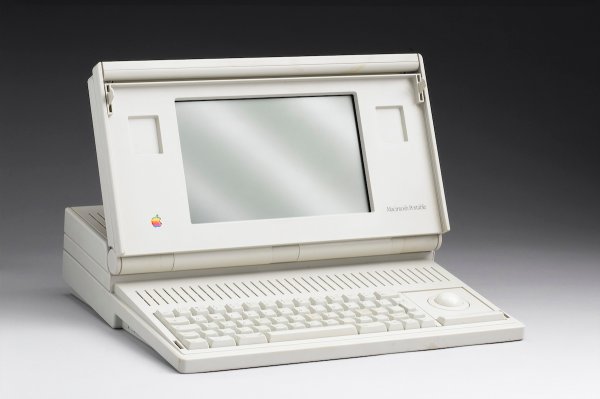 Apple Introduced Its First 'Laptop' 25 Years Ago and It Was Totally Awful
Next Up: Editor's Pick