Why I Let My 9-Year-Old Son Play Tackle Football

Not long after my husband and I found out we were having a baby boy 10 years ago, we did what most good, Southern-born parents we know would do: we ordered our unborn child his first football t-shirt. We went with two tiny tees, actually – a University of Alabama one to celebrate my husband’s native state, and an Ole Miss one to express my undying devotion to my home state of Mississippi.

By the time he was two, my brown-haired boy had a drawer full of college and pro football t-shirts and jerseys and a toy bin jammed with footballs in varying sizes.

At the time, I didn’t give any of this much thought. I had a boy. Boys play football. It’s what my husband did in rural Alabama; it’s what I grew up watching boys of all shapes and sizes do in Mississippi. It’s also what our fathers, uncles, grandfathers, and, I suppose, great-grandfathers before us did, too.

Living now in East Texas, in the heart of football country, I’d delayed the inevitable for a season by convincing Hunter that flag football would be “just as fun, without the pain.”

He loathed every minute of flag football, where it seemed like all the boys did was set up for plays, only to have them stopped again when a flag was immediately pulled. Understanding his complaints, we agreed it was time for him to follow in his father’s footsteps and start playing “real tackle football.”

Happily, that first season he was drafted by a good coach – a tough but sane guy who cared more about player development, character and safety than about winning every game. Even more happily, my husband was able to serve as an assistant coach, helping to monitor the safety of practices.

Everyone involved with the team went through Heads Up Football trainings, and a lot of focus was placed on injury prevention league-wide. We purchased the safest helmet we could find, reminded Hunter to be careful, said our prayers, and hoped for the best.

My son is a fourth-grader now, and is in his third year as a tackle football player. I still hold my breath any time he takes a hard hit. My heart almost stops any time a young player is slow to get to his feet on the field. I’ve made a trembling 911 call before because a young player was unconscious on the field. I know the dangers well. And I certainly don’t take them lightly.

But I also see the ways my boy has benefited from playing football.

The truth is, my son – and other children of the suburbs – live fairly cushy, risk-free lives. They play in parks with rubberized playground mats to soften their falls. The brightly colored plastic park slides are curved to keep children from flying off at the bottom and banging their tailbones. Whirling merry-go-rounds have been replaced by no-pinch, spring bouncers crafted to look like smiling dolphins or particularly docile ponies.

Instead of meeting up in someone’s front yard to play-fight or wrestle, today’s boys are more likely to go on scheduled play dates, where multiple adults keep careful watch, and where no physical contact is ever, ever allowed. Similar rules are in place at school for obvious reasons.

Anyone who knows my son knows he is a kind, happy fellow. He adores people, and he doesn’t take life too seriously. But he also recognizes, on some level, that he is going into a world where a certain toughness and grit is required. From the first time he put on pads and a helmet back in second grade, he was able to push his ever-grimy mouth guard forward and tell me, “I love football because it’s the one place you can be rough – you can hit someone hard – and you don’t even get in trouble for it!”

He’s a tougher, braver boy because of all he has done on the field. I’ve also seen Hunter’s confidence grow from football. It’s given him a certain resilience that wasn’t there before. When he is going through challenges at school or at home, he immediately draws on his football experiences to motivate himself. I couldn’t count the number of times he has said, “This is tough, Mom. But you know what was tougher? Coach T’s football practices. Remember how I wanted to cry? Remember how I wanted to quit? But I didn’t. This is nothing compared to that.”

Football, in many ways, is good preparation for life – a life that is nowhere near as soft and kind as those springy, pinch-proof, eternally smiling park ponies.

The sport has taught him not to quit when times get hard. He has learned to stick with his team and to support them, even when they make inevitable mistakes. He understands now that you are only as strong as your weakest player. He’s learned to prepare carefully for his biggest, scariest fears – and then to face them head on. And he’s also learned that it’s really, really important to wear deodorant.

I’m stunningly thankful for all those lessons.

So, this season, I will be the mom on the sidelines, alternately cheering like crazy and holding my breath. And through it all, I know that lessons will be learned. Life will be lived. And my son, I hope, will continue to be the better for it.

Monique R. Henderson is an educator and the author of Motivation, Education and Transformation: The Change Agent’s Guide to Reaching Our Youth and Lifting Them Higher (2011) and Inspirational Youth: Tranforming Average to Extraordinary (2013), both written with Marina V. Gillmore and Keith L. Brown. Though a Houston resident, she irritates the locals by cheering wildly for the New Orleans Saints. 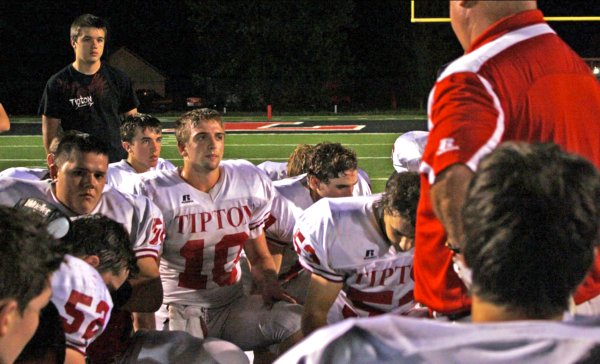