Apple: We Can't Give Your iPhone Data to the Government

Apple CEO Tim Cook shows off the new iPhone 6 and the Apple Watch during an Apple special event at the Flint Center for the Performing Arts on September 9, 2014 in Cupertino, California.
Justin Sullivan—Getty Images
By Noah Rayman

After dozens of celebrities had their most intimate photos stored on Apple’s iCloud service stolen by hackers and released online, the company used Wednesday’s iOS 8 update launch to defend its concern for privacy and introduce new security measures.

In an open letter posted on Apple’s website, CEO Tim Cook stressed the company’s efforts to keep consumers’ information private and sought to distinguish Apple from how its competitors use personal data.

“A few years ago, users of Internet services began to realize that when an online service is free, you’re not the customer. You’re the product,” Cook wrote, referring to how major websites, such as Google and Facebook, use personal information and personal activity online to tailor advertisements to their users. “But at Apple, we believe a great customer experience shouldn’t come at the expense of your privacy.”

The statement is particularly pertinent after the Sept. 8 announcement of a smartwatch and new apps on the upcoming iPhone 6 and iPhone 6 Plus that represent Apple’s most significant foray into health tracking and mobile payments.

“Our business model is very straightforward: We sell great products. We don’t build a profile based on your email content or web browsing habits to sell to advertisers.”

Apple does have a service that tailors ads based on some of what Apple knows about users, but Cook wrote that the service doesn’t pull data from products like Apple’s health apps or the Mail app.

Cook also addressed allegations that the U.S. government has collaborated with major Internet firms to gather data on users, saying Apple has not allowed access to its servers and has “never worked with any government agency from any country” to allow exclusive access to personal information retained by Apple.

Apple also said that iOS 8, the newest iPhone operating system, would automatically encrypt data stored on iPhones and protected by your passcode, making it impossible for even Apple to share that information with the government or law enforcement. That encryption rule, however, doesn’t apply to data stored on Apple’s iCloud storage service.

“Unlike our competitors, Apple cannot bypass your passcode and therefore cannot access this data,” said Apple. “So it’s not technically feasible for us to respond to government warrants for the extraction of this data from devices in their possession running iOS 8.” 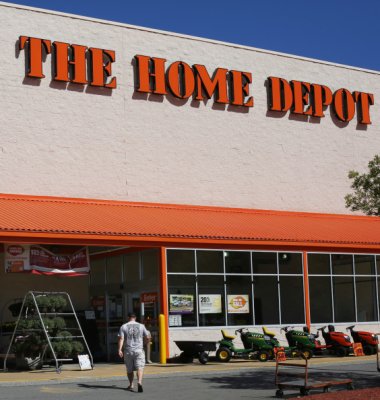