Silence of the Liams

Liam Neeson is a peculiar movie star: A leading man with a face of chiseled concrete, an action-film hero whose natural state is grim stasis, a box-office magnet at the advanced age of 62. He was 56 before playing an ex-CIA agent with special skills in Taken, which made him the Irish Eastwood minus Clint’s ironic smile. Five low-budget Neeson thrillers–Taken and its sequel, plus Unknown, The Grey and Non-Stop–earned more than $1 billion at the worldwide box office. He has become his own B-movie genre, and now he wants to move up to A-minus with Scott Frank’s film of Lawrence Block’s 1992 novel A Walk Among the Tombstones. That chatty title, in a recent résumé that has little use for definite articles and none for prepositions, indicates Neeson’s aspirations to a higher screen IQ.

You get that in this film–via literary allusions and citations of AA’s 12-step pledge–along with a dose of sadism not seen much in upmarket American movies since The Silence of the Lambs and Se7en. Like those films, this one is set in the 1990s; it casts Neeson as Matthew Scudder, an ex-cop who works outside the law to exact justice on behalf of the better class of criminals. His first client is Kenny Kristo (Dan Stevens, late of Downton Abbey), a drug trafficker who paid $400,000 in ransom money for the privilege of finding his wife returned to him in pieces. Frank, who scripted the crime movies Dead Again, Get Shorty and Out of Sight, flays the Block novel of significant female roles; the few remaining women speak little but get to scream as two kidnapper psychos (David Harbour and Adam David Thompson) sever the ladies’ more ornamental body parts. To complete the PC-outrage perfecta, the killers are most likely gay.

Except for the slicing scenes, the movie mostly moseys, as Scudder stalks through the last ungentrified sections of Brooklyn picking up clues to the killers, who have made a fortune extorting drug dealers and defiling their women. At the landmark Green-Wood Cemetery, the creepy groundskeeper (Olafur Darri Olafsson, always a treat to watch) leads Scudder into the netherworld of sado-video frequented by the killers. Our taciturn Holmes also acquires a Watson: T.J. (rapper Brian “Astro” Bradley), a street tyke who has an improbable love for old-time detectives Sam Spade and Philip Marlowe. Man and boy help a Russian drug lord (Sebastian Roché) negotiate to get his young daughter (Danielle Rose Russell) back alive.

The cluttered climax, in a Mother Bates cellar, explains little of the killers’ psychology; for that you have to read the book. But it does let Neeson assert his primacy as the movies’ most graven, grievous senior citizen, who doesn’t so much star in his movies as haunt them. Because of him, on a scale of 0 to Se7en, we give Tombstones a 4. 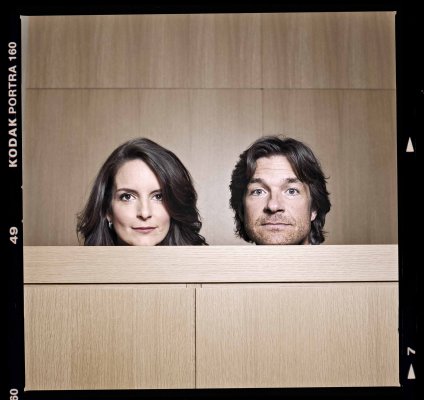