The Case for Staying Connected

The solar-rooftop revolution has inspired a lot of talk about grid defection, about electricity independence, about firing your utility and freeing yourself from its wires. And this power-to-the-people rhetoric isn’t just coming from hippie-dippy environmentalists. The banking giant UBS recently predicted that as more homeowners produce and store their own electricity, big utilities and their centralized power plants will gradually become irrelevant. The energy company NRG is already shifting its focus from massive fossil-fuel plants to home-energy solutions. “The future of energy isn’t 120 million butt-ugly wooden poles,” says NRG Energy CEO David Crane. Even the Edison Electric Institute, which is run by utilities, has warned that the rise of rooftop solar could disrupt the utility business model.

It’s an exciting concept, with the potential to empower homeowners and save them money while slashing carbon emissions. As solar costs have plummeted and the number of installations has exploded–over half a million Americans became at-home solar-electricity producers over the past five years–I’ve talked big too. I’ve compared the rise of do-it-yourself power generation to the shift from landlines to mobile phones.

Well, as the politicians say, I’d like to revise and extend my remarks. I still think rooftop solar is an incredibly disruptive technology and a serious threat to antiquated utilities. But the solar revolution is not the telecommunications revolution, and I doubt it will usher in a new era of grid defection and electricity independence. Nor should it. Why disconnect from the grid when you can get paid for providing it with stuff it needs? It might feel good to fire our utilities and escape their wires. But it’s in everyone’s interest for us to figure out a way to get along–and for the politicians to write rules making that possible.

After all, most of us will still need the grid in the solar age. Just about everyone has a cell phone, but some rooftops aren’t right for solar. And most homes and businesses that do go solar will still need extra power; energy analyst Hugh Wynne says factories, malls and apartment buildings generally produce less than 15% of their electricity on their rooftops, while single-family homes usually produce less than 75%. You can go off the grid without losing reliability if you get a backup form of home-electricity production, like the gas-fired generators NRG is pushing, or some form of storage for when the sun isn’t shining. But while batteries are getting cheaper–as are electric vehicles, which can function as car-shaped batteries when not in use–they’re still not as cheap as the grid.

The grid, after all, is an awesome form of power storage, constantly moving electrons to where they’re needed from where they’re not so that our refrigerators keep running. It provides an amazing service to all of us by balancing power supply and demand every second of every day; it ought to, given the trillions of dollars we’ve invested in it. Sure, you might be able to declare independence from the grid, just as you might be able to grow all your food in your backyard, but it’s hard to see how that would make economic sense. On the other hand, staying connected should improve the economics of going solar; in peak afternoon hours, when the grid needs more supply to power air conditioners, you should be able to sell excess electricity to your utility at an attractive price, so it doesn’t have to build and operate additional plants to keep the lights on. It should be good for you, the grid and other ratepayers.

The key word is should. Some utilities have declared war on rooftop solar, shrieking that it threatens their business model–and in many states, it does.

Utilities usually get paid for selling more power and building more power plants. When you produce your own power, you cut into their profit margins. That’s why so many utilities are fighting to limit net metering, which lets solar customers sell power back to the grid, while pushing to charge customers additional fees for using the grid. They argue that otherwise, nonsolar customers will have to pay more to make up for their shortfalls.

That’s not entirely wrong–anyone who uses the grid ought to pay for the privilege–but it also encourages solar customers to go off-grid. It would be better for everyone if they stay connected, so they can generate energy for the grid when it’s needed and, if they get electric vehicles, store energy for the grid when it’s not. But that’s going to require an entirely new way of regulating utilities so they get paid for the services they provide rather than the power they sell us.

We don’t need to fire our utilities. We need to fix the utility business. 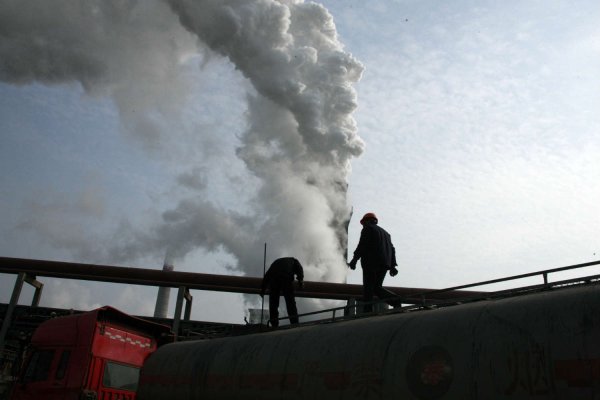 Why China’s Insatiable Appetite For Coal Has Likely Peaked
Next Up: Editor's Pick