Your new novel The Children Act is about a decades-old marriage in crisis. Does time increase the chance that a marriage will survive an affair?

In my experience, it’s more of an explosion after 35 years than it would be after five. The marriages can resume, but they don’t quite resume on the same terms. Even if they patch it together, the patches will show.

So your advice is, if you’re going to cheat, do it early?

Yes. If you’re going to cheat, do it before you get married.

The husband is aggrieved after seven weeks and one day without sex. Do you consider that an egregiously long time?

That’s what my character believes is an egregiously long time. One [female reader] said, “Yeah, tell him to get over it.”

A family in the book wants to withhold medical treatment for their child because they’re Jehovah’s Witnesses. A judge has to decide what to do. You’re an atheist. Is there a message here?

One thing this isn’t is an atheist tract. I was very keen to give warmth and life to the Jehovah’s Witness boy and his father. I’m really on the side of the law in this personally. But sometimes you might disrupt someone’s belief, and you find that you don’t have anything to put in its place. You might take away a network of family and social relations, a great deal of consolation and many other things. It’s not as simple as waving a wand over someone and banishing their gods and then they’ll be happy.

Did you spend much time in family court for research?

Yeah. I hung around the courts and spent time with judges. The family court seems neglected in fiction. The judgments I was reading–about the end of love, and the separation of goods and money, and the destinies of children and medical ethics–so many of them are things that fiction routinely deals with.

You grew up in Libya. Have you been back?

Not since 1960. I long to go. I was going to go after [Muammar] Gaddafi. But only a fool would go now. It’s funny, I follow everything that happens there. It’s like watching a relative in distress.

As a McEwan, are you pro–Scottish independence?

I’m a “don’t know.” My wife is very pro. I worry. Because I’m half-Scots and half-English, I think this will do great harm to England’s political makeup. We might end up with a Tory government forever. And if there were a referendum on the European Union, England would probably vote to leave. And we’d just become a tiny, irrelevant offshore tax haven.

You discovered a decade ago that you have a much older brother who was a bricklayer. Isn’t that fodder for a novel?

No. Well, I don’t want to invade his space. I’m very fond of him. He’s been a real plus. I haven’t ruled out exploring that one, but I would want to deal with it fictionally. And probably before investigating that whole very interesting scenario, translate it into something else.

Do your earlier, darker novels have more or fewer fans?

Some people write to me and say, “You only ever wrote one good book.” And others say, “I just love what you’ve been doing ever since Atonement,” I’m pleased that there isn’t a consensus. But yeah, there are some pale young men who think Comfort of Strangers is the one.

Sir Ian McKellen says people mistake him for you. Is the reverse true?

Oh, absolutely. A very famous Welsh poet told me he really admired my Richard II. I’ve never heard before that he gets it as well, and my heart leaps in joy. That’s good. 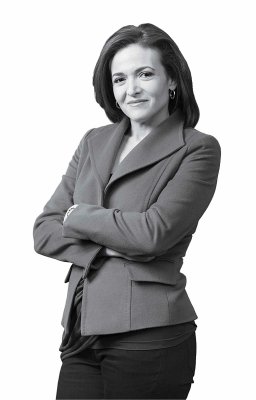 10 Questions with Sheryl Sandberg
Next Up: Editor's Pick