Hollande leaves the Élysée Palace after a press conference with his Czech counterpart, Milos Zeman, on Sept. 9
Chesnot—Getty Images
By Vivienne Walt

Not many people would pick Iraq for a welcome getaway–unless you are in such deep trouble back home that one magazine cover describes your life as a “voyage to the depths of HELL.” Such was the case for French President François Hollande, who, when he landed in Baghdad on Sept. 12 to discuss launching air strikes against the Islamic State of Iraq and Greater Syria (ISIS), looked more relaxed than he had in weeks. The true nightmare for the embattled French leader was back in Paris.

The President’s travails began in January, when paparazzi caught him sneaking out of the Élysée Palace on his motorbike to see his alleged lover, the 42-year-old actress Julie Gayet. The ensuing drama was worthy of Molière: as the news broke, France’s First Lady, Hollande’s longtime partner Valérie Trierweiler, was rushed to the hospital with what aides described as a need for rest. Hollande, 60, kept mum, telling TIME two weeks later, “One is entitled to have a private life.” Then he ended his nine-year relationship with Trierweiler with a bland 18-word written statement.

Now Trierweiler, 49, is back. On Sept. 2, she published a book, Thank You for This Moment, about life with the never married Hollande, portraying the President as callous and manipulative. To many French, the book sounded like vengeful whining, though they were happy to buy all 200,000 copies within days.

Still, Trierweiler has inflicted real damage. She says she was hospitalized after swallowing numerous sleeping pills the day Hollande’s supposed affair came to light. Describing her desperation in Paris Match magazine, where she is a staff writer, Trierweiler recounted, “I want to escape. I lose consciousness.”

For Hollande there is no escape. Trierweiler aimed her sharpest arrow at the raison d’être of his Socialist presidency: defending the poor, in contrast to his Rolex-wearing predecessor Nicolas Sarkozy, whom he unseated in 2012. “He campaigned as the enemy of the rich, but the truth is that he despises the poor,” Trierweiler wrote. Hollande hit back on Sept. 10, telling a French journalist he had “built his existence on the principle of helping others.” His defense fell flat. The wildly popular satirical puppet show Les Guignols de l’Info depicted Hollande frantically proclaiming in an interview, “I love the poor!” The interviewer’s response: “The poor no longer love you.”

Indeed, Hollande’s popularity has sunk so fast that even Sarkozy, who was deeply disliked in office, is eyeing another presidential run in 2017. A Sept. 5 poll put Hollande’s approval rating at 13%, the lowest of any French leader in about 70 years and about half the popularity of the far-right National Front leader Marine Le Pen. In a separate survey, 65% of Socialists polled said they did not want Hollande to run for re-election in three years, while 62% of voters in a third poll said they thought he should resign well before then.

It’s no surprise that the French have had enough. Hollande, who came to power promising economic recovery, presides over near zero growth and record-high unemployment that is approaching 11%. In January he unveiled a “responsibility pact” to boost private-sector investment and streamline France’s bloated bureaucracy. But the plan has stalled as ministers squabble over the details, which include $65 billion in public-service cuts.

The problems go far beyond Hollande’s lackluster performance. Many French see their politicians as occupying a hermetic bubble disconnected from reality, especially since most graduate from the same elite institutions and have known one another for decades. To ordinary citizens, such inbred power seems ill suited to shepherding the country through an economic storm that has been particularly hard on the less fortunate.

On Sept. 4, for example, Hollande dismissed his brand-new Trade Minister after he was found to have not paid his taxes or rent for years. He explained that he had simply forgotten and that he suffered from “administrative phobia”–a disorder that sounded familiar to taxpayers. (He has since settled his debts.) The following day, the government announced that it had once again overshot its 3% public-deficit target.

For the bachelor President, holed up in his grandiose palace, waging war against ISIS might feel almost simple in comparison with his home-front woes. Arriving in Baghdad on Sept. 12, Hollande received a bear hug from Iraqi President Fuad Masum. That kind of warmth is hard to find at home. 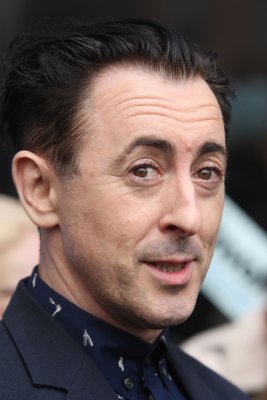