Scotland must decide Thursday whether to become independent from the U.K., with last-minute opinion polls putting the outcome of the referendum on a knife-edge.

Voting booths are now open and ballots will be cast at 2,608 polling stations until 10 p.m. local time. Results are expected to trickle in overnight with a final announcement at around 7 a.m. on Friday morning.

If Scotland votes yes, it will be the 61st territory to gain its independence from the U.K., which once boasted an empire upon which the sun never set.

“When people go into the polling booths tomorrow they are going to vote for … that vision of more prosperous but also a more just society,” Scottish First Minister Alex Salmond, leading the Yes campaign, told supporters on Wednesday. “That’s what’s going to motivate people in the polling stations tomorrow.”

Of Scotland’s population of 5.3 million, a whopping 97% of those eligible to vote have registered, a sign of just how galvanized opinions over the 307-year-old union have become.

The voting age has been lowered to 16 for the first time in modern British history. Residence in Scotland, rather than Scottish nationality or birth, is the voting criteria, and other British, E.U. or commonwealth nationals residing north of the border can participate.

“This morning in Edinburgh it’s really quite tense,” Jan Eichhorn, a social policy expert at the University of Edinburgh, tells TIME. “There’s a feeling of entering an exam and needing to do the right thing.”

The latest YouGov opinion poll showed 52% of Scottish residents were against independence. Crucially, though, more than half-a-million voters are undecided.

Swing voters may be mulling the raft of extra powers Scotland has been offered if it rejects outright independence.

The No campaign, reeling from falling behind in opinion polls for the first time earlier this month, has dangled to Scots the carrot of increased control over health, education, employment, the economy, transport and infrastructure — but crucially not over foreign policy, defense or pensions.

“It’s a major transfer of power,” former British Prime Minister Gordon Brown told CNN on Wednesday. “Never in the history of the island have we seen so much decentralization of powers from Westminster to one nation in the United Kingdom.”

Brown, who was born in the Scottish lowlands town of Giffnock, said that as a result “there has been a distinct movement” back to the No campaign, which he is spearheading. Independence “doesn’t make sense,” he added.

Scotland boasts just 8% of the U.K. population but 30% of its landmass. Scottish residents already receive more money per capita in terms of welfare spending than other Brits, but many in the Yes camp believe Scots would fare even better with independence, largely due to North Sea oil.

However, according to a recent report by Edinburgh-based oil and gas consultancy firm Wood Mackenzie, “post 2018, decline is forecast to set in once more with production dipping below 1 million barrels of oil equivalent per day by 2023, less than a quarter of the 1999 peak.”

Meanwhile, disagreement has emerged over whether an independent Scotland could keep using the British pound sterling currency. All the three major Westminster-based political parties claim that they would veto any such continuation, but the Yes campaign insists the issue remains outside of Westminister control, pointing to Panamanian use of the U.S. dollar.

Some suggest that an independent Scotland may have to wait five years before E.U. membership would be considered. This has raised the concerns of the nation’s whisky distillers, which currently account for a quarter of the U.K.’s total food and drink exports and some 35,000 jobs. “Even a temporary interruption of E.U. membership … would be damaging and difficult to manage,” David Frost, the chief executive of the Scotch Whisky Association, wrote in his annual review.

Defense is also a quandary. Scotland currently hosts the British fleet of Trident nuclear submarines, which Salmond says would have to relocate in the event of independence. In addition, thousands of Scottish soldiers current serve in the British armed forces. 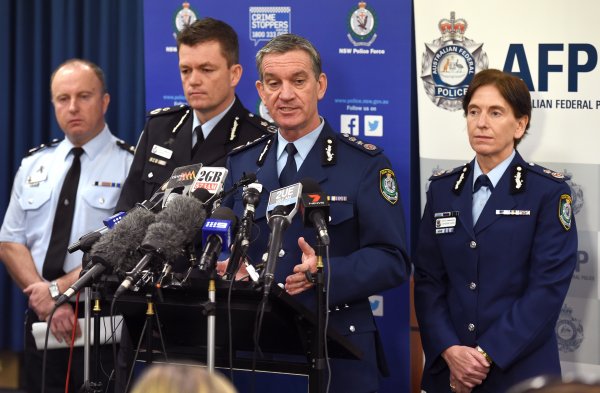