It's Time for the U.S. to Ban Spanking

I know very little about the case of an NFL player hitting his child, I have seen the photos in articles and it disgusts me that a grown person thinks it is ever okay to do that to a child, especially when you are the size of an NFL player. Not that ones size makes abuse any different, but to know you are a massive, strong person, and then unleash that strength upon a child, you are a vile human being.

But leaving the NFL behind, and looking only at the action of spanking, what is one to do? It is not uncommon in the US to hear of parents spanking their children, I was spanked, I know friends who spank, and I fully disagree with their decision to do so.

If my friend does something wrong, even terrible, it is illegal for me to hit them, it is assault and I can be jailed for it. Yet if my child eats a cookie when I tell them not to, I am legally permitted to hit them, or spank them as we call it because hitting sounds to violent. Yet there is no difference between hitting and spanking a child.

The defense in spanking is that by doing so you teach your child to stop an action you no longer want them to do. Spankers believe that the pain of being hit will remind them to listen and obey. But is this true?

No, it does not work, according to research done by Yale University psychology professor and director of the Yale Parenting Center and Child Conduct Clinic, Dr. Alan Kazdin.

Even more so, there is evidence that spanking actually causes harm. Even cause the The United Nations Committee on the Rights of the Child issued a directive in 2006 to call physical punishment “legalized violence against children,” and urging the practice be eliminated through legal and educational process.

Thirty countries around the world have banned spanking in all settings. These countries do not use the bans as threats against parents, but as tools to educate parents about better ways to discipline a child. Often, parents use physical punishment as a way to train a child, but if it doesn’t work, the parent then escalates the punishment and can cause even more severe physical and psychological damage.

In his book The Primordial Violence, Murray Straus says that spanking does correct behavior, but further explains:

With such research and a huge understanding of spanking why is it still condoned in the US as a valuable practice?

While most religious parents do not go as far as To Train Up a Child suggests, the practice is highest among born-again Christians, according to research shown by FiveThirthyEight. (See article for graphics.)

They also show that spanking is associated with your political beliefs and demographic location in the US, and it is most likely no coincidence that Christian beliefs align much the same in these areas:

So really, is it any surprise the practice is still condoned in the US where the religious majority endorses the practice? Would it be going too far to speculate that a campaign in congress to end physical punishment would be met with cries of religious persecution?

We have a duty to protect children, and knowing that physical abuse is not only painful and unnecessary, but also psychologically damaging, we must act and bring this practice to an end.

Dan Arel is an author, journalist, speaker and secular activist. He writes on secular and humanist values on subjects such as secular parenting, church and state separation, education reform and secularism in public policy. 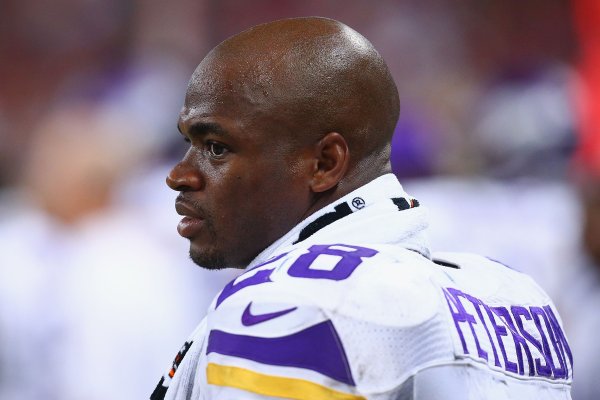 A Young Southern Woman Remembers the Fear and Shame of Being Whooped
Next Up: Editor's Pick