Palestine running back Adrian Peterson, right, smiles after signing a national letter of intent to play football for Oklahoma on Feb. 4, 2004, in Palestine, Texas. At left is his mother Bonita Jackson, and at center is his brother, Jaylon Jackson.
David Branch—Tyler Morning Telegraph/AP
By Maya Rhodan

Minnesota Viking running back Adrian Peterson never intended to hurt his four-year-old son when he beat him with a tree limb, his mother said Wednesday, in her first interview since news of the abuse allegations broke.

Peterson’s mom Bonita Jackson told the Houston Chronicle that Peterson is “not a perfect man by any means,” but that she’s proud to be the mother of a 29-year-old son she says is a loving person.

“For the most part he is trying hard to be a good parent, he’s working at it,” said Jackson, 50. “People are judging him, but they don’t know his heart. This was never his intent.”

Jackson said in the interview that she and Peterson’s father were both “big disciplinarians” when their children were young, and that she used belts, her hands, and switches—which Adrian Peterson reportedly used on his four-year-old—to get her kids in line.

“I don’t care what anybody says,” Jackson said. “Most of us disciplined our kids a little more than we meant sometimes.” 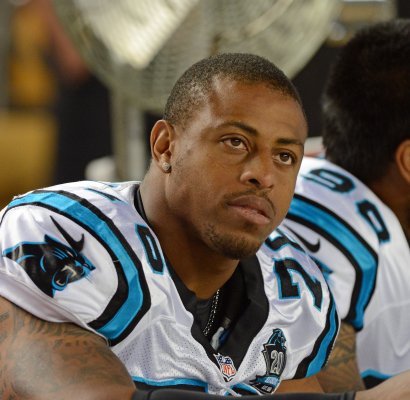 Panthers Player Latest to Get Benched for Domestic Violence
Next Up: Editor's Pick