A skunk with its head stuck in a beer near a frat house at Miami University in Oxford, Ohio, September 14, 2014.
Matt Hatfield / Oxford Police Department—AP
By Giri Nathan

This skunk was spotted neck-deep in a beer can near a fraternity house at Miami University in Oxford, Ohio, offering us a very literal example of a “skunked beer.”

A resident flagged the local police, who arrived at the scene to find “the animal banging around trying to get the can off and running into shrubs,” according to the Associated Press.

Officer Matt Hatfield of the Oxford Police Department snapped this photo and fortunately an animal control officer managed to release the skunk from its dank, dark beer prison, freeing it to pursue a better-tasting brew. It’s also worth noting that the officer did so without getting sprayed, which skunks tend to do when agitated. The prospect of dying in a Miller Lite can is certainly grounds for agitation. 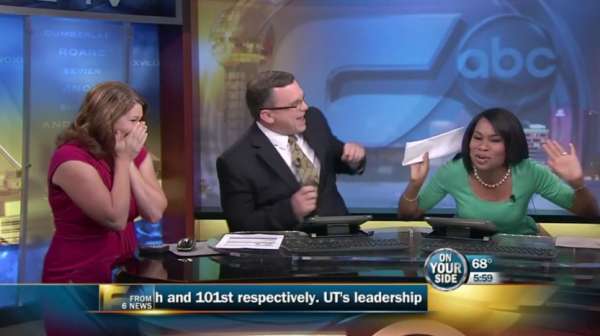 Watch a Bat Interrupt a Live News Broadcast
Next Up: Editor's Pick