The MacArthur 'Genius' Grants: How They Started

The Wednesday announcement of this year’s recipients of the MacArthur Foundation “genius grants” was big news for cartoonist Alison Bechdel, activist Ai-jen Poo, filmmaker Joshua Oppenheimer and the 18 other men and women the Foundation had selected. Each will receive a stipend of $625,000 over five years, with no strings attached.

To be named a MacArthur fellow is, these days, to receive one of the most prestigious honors out there. The rules are both vague and broad—all residents or citizens of the U.S. who don’t hold government offices are in the running, and the nomination process is hush-hush—but any artist, scholar or otherwise talented or creative person would be overjoyed to receive the fateful call from the foundation.

In 1981, however, the situation was a little different. For the first round of recipients, who included physicist Stephen Wolfram and author Robert Penn Warren, being told they’d get hundreds of thousands of dollars was a little harder to believe. (The prize amount was around $250,000 at the time, with the exact amount given each year determined by the age of the recipient.) Giving away such a huge amount of money, with no application process and expecting nothing in return, was unheard-of in the grant-giving world.

So where did such a wacky idea—and the money to make it happen—come from?

Here’s how TIME explained it in a June 1, 1981, article about the “new talent search begun by Chicago’s John D. and Catherine T. MacArthur Foundation” that aimed to find “creative people and [help] them to make ‘discoveries or other significant contributions to society'”:

And what did the Foundation expect to come of it? For the majority of recipients, merely to honor their talent—on the off chance that a minority would do something more with it, explained Roderick MacArthur: “If only a handful produce something of importance—whether it be a work of art or a major breakthrough in the sciences—it will have been worth the risk.”

Read the full 1981 article here, in TIME’s archive: Prizes With No Strings Attached 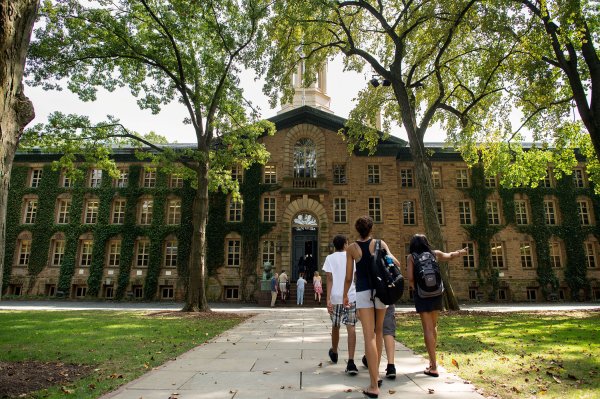 Princeton Approves Revisions to Sexual Misconduct and Assault Policy
Next Up: Editor's Pick