Ruth Atkins, 48, a communications and and engagement manager in the National Health Service in the U.K. is the first volunteer to be injected with an Ebola vaccine in a safety trial at the University of Oxford. The drug is in development by the U.S. National Institutes of Health (NIH) and GlaxoSmithKline (GSK).

The current Ebola outbreak has infected 4,963 people and killed 2,453 in Guinea, Liberia and Sierra Leone. One of the greatest concerns is that there are currently no vaccines or drugs to fight the disease, largely because researchers say pharmaceutical companies did not have a financial incentive to invest in them before the outbreak.

MORE: A Timeline of the Worst Ebola Outbreak in History

Clinical trials in the U.S., Canada, and in the U.K. are underway on various drugs, the majority of which have never been tested on humans. Though the World Health Organization (WHO) has endorsed the use of experimental drugs during the outbreak, countries will want to know which drugs have the greatest probability of working.

Atkins is the first participant out of 60 volunteers in Oxford’s trial. “I volunteered because the situation in West Africa is so tragic and I thought being part of this vaccination process was something small I could do to hopefully make a huge impact,” said Atkins in a statement. She heard about the trial while listening to one of the developers being interviewed on the radio.

Safety trials with a small number of participants are needed to determine whether a vaccine is effective and safe enough to initiative larger efficacy trials in higher-risk populations. So far, Atkins has reported feeling fine. The drug uses a single Ebola virus protein to generate an immune response in the volunteer. There’s no infectious components involved, so an individual will not get infected with Ebola by participating. GSK is beginning to manufacture about 10,000 doses of the vaccine so that if safety trials are successful, the vaccine can be made immediately available to the WHO. 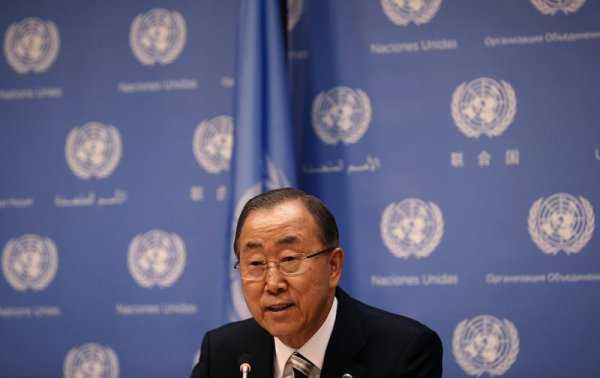 U.N. Chief: Ebola Is 'Beyond Health Issues'
Next Up: Editor's Pick