A judge ruled that a member of the Fundamentalist Church of Jesus Christ of Latter-Day Saints is exempted from testifying in a child labor investigation, citing the Supreme Court’s recent Hobby Lobby decision in his ruling.

Judge David Sam ruled last week that forcing FLDS member Vergel Steed to reveal the identity of FLDS church leaders, the organizational structure of the church or information about its internal affairs would be a “substantial burden” on his free exercise of religious beliefs. The decision came down last week, but emerged in widespread public circulation Tuesday.

The decision stems from an investigation into possible labor violations during a harvest at an FLDS pecan ranch in Utah in which children and adults may have worked without pay.

In his ruling, Sam cited the 2014 case Burwell v. Hobby Lobby Stores Inc., in which the Supreme Court ruled that a corporation can be exempt from a law—in that case, the Affordable Care Act’s requirement that employers pay for contraception—that its owners sincerely object to on religious grounds if there is any less restrictive means of achieving the law’s ends. Sam found that prosecutors had other means of getting the information they sought from Steed and thus that he was exempt from testifying.

FLDS, a radical offshoot sect from the mainstream Mormon church, has been under the scrutiny of authorities for years on issues including alleged child labor violations and forced marriages of grown men to underage girls. The church’s former president Warren Jeff’s is serving a life sentence in prison for numerous sex crimes including incest and pedophilia. 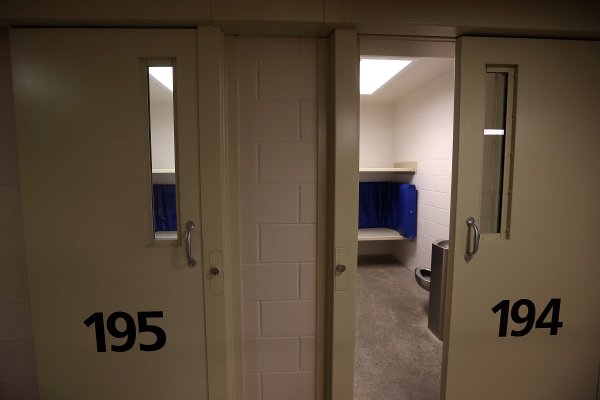 U.S. Prison Population Expands For the First Time in 3 Years
Next Up: Editor's Pick