How to Make the World's Poor $500 Billion Richer

Honduran migrants at a shelter for undocumented Central American immigrants on Sept. 14, 2014 in Tenosique, Mexico. The research by Copenhagen Consensus Center suggests that free mobility of skilled workers should be encouraged.
John Moore—Getty Images
Ideas

There is a way to make the poor of this world $500 billion better off, but this solution is rarely discussed.

This matters, because the international community is gearing up to produce the next set of development goals for 2015-2030, to continue the work of the Millennium Development Goals. $2.5 trillion in development aid plus unknown trillions from national budgets hang in the balance of these goals, so getting our priorities right is vital. Spending money on poorly chosen targets is a wasted opportunity to do much more good elsewhere.

To do the most good, my think tank, the Copenhagen Consensus, has asked 63 teams of the world’s top economists to look at the economic, social and environmental costs and benefits of all the top targets. Some of these are obvious, like health, education, food, water and environment, but some are less so—though often discussed in the development community. One such example is the transfer of technology from rich to poor and middle-income countries as an aid to sustainable development.

The reason technology is so important is that it makes people more productive, which boosts overall economic growth. Not just that, but once knowledge has been gained, it is embedded in society and can be used as a stepping stone for future growth. Countries with a reasonable technical or research and development base are in a better position to absorb and make the best use of more new technologies as they become available.

Professor Keith E. Maskus from the University of Colorado has written an extensive paper on what works and how much good it will do. As he rightly points out, the UN’s technology-related targets are simply too general and bland. Instead, using the economic literature, he puts forward two proposals.

The first proposal is straight-forward: if our goal is to get more technology available for the poor, maybe we should simply increase investment in research and development (R&D), especially in the developing world.

The point is the benefits from R&D do not just go to the company doing it; there are also broader societal benefits as productivity gains occur elsewhere in the economy and other people learn on the job or see the possibility for more innovation. After Apple produced an innovative touch screen on its first iPhone, the knowledge is now available to lots of products in many different areas.

This broader benefit justifies governments supporting research, either through tax credits or direct government spending on research in public institutions. Right now, the developing countries spend just 0.2% of their GDP on R&D and perhaps 0.3% in 2030. If we instead aim at 0.5% of GDP by 2030, this would naturally increase the direct government costs, but it would also increase the long-run technological innovation and capabilities.

The models estimate in total, that for every dollar spent, we could likely end up doing $3 worth of good. That is not bad.

However, there is another, and much more effective way to increase technological capabilities in low-income countries. Instead of focusing on innovating more technology to make people more productive, we could focus on getting more people to places where they would be productive.

This is because people in poor areas are not inherently unproductive but their circumstances mostly make them unproductive. So, if they were to migrate, from say, Guatemala to the US, they would become much more productive.

Of course, absolutely free mobility would result in a massive relocation from poor to rich countries, which would likely engender huge political issues. But professor Maskus suggests that we could start off with a modest goal of increasing current skilled migration by 5-20% with 10-year visas. Since we have the best models for the Americas, he estimates the outcome for this region, but it is likely the results can scale for the rest of the world.

A 5% increase in skilled migration would mean an extra 136,000 managerial and technical workers, with 97,000 going to the US. Although other research shows migrants would only become half (or less) as productive as Americans, this would still make them much better off. The model shows they would earn $15 billion more over the next 25 years. Moreover, as they would bring with them new ideas and concepts, they will increase productivity in the US and elsewhere by $1.5 billion.

Of course, this will also mean an outflow of skilled workers from poorer countries. For instance, 30,000 people will leave Mexico for 10 years. But they will send back money – about $3 billion in total. And while many worry about a ‘brain drain’, there is actually more evidence for a ‘brain gain’: If there is an opportunity to go abroad and make more money as a doctor or engineer, it will induce more young to invest in a professional education, meaning more doctors and technicians in the long run. And as these skilled professionals come back after 10 years, they will also bring back new ideas and higher productivity.

In total, the costs, mostly in lost tax revenue are significantly outweighed by the gains. For every dollar spent, this target could do $10-20 worth of good. With the Americas making up one-third of the global economy, the potential benefits could go as high as $500 billion. That should make the target of higher labor mobility a strong contender for the world’s next set of goals.

Dr. Bjørn Lomborg, an adjunct professor at the Copenhagen Business School, directs the Copenhagen Consensus Center, ranking the smartest solutions to the world’s biggest problems by cost-benefit. He is the author of The Skeptical Environmentalist and Cool It. His new book is How To Spend $75 Billion to Make the World a Better Place. 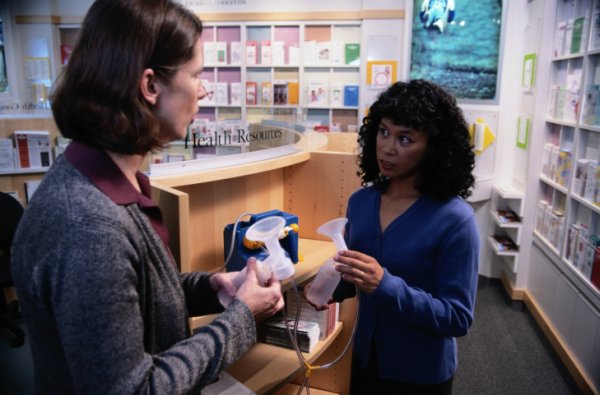 Five Best Ideas of the Day: September 16
Next Up: Editor's Pick