Glee, which ends its run this season, premiered five years ago. That may not seem like much to you, but it’s a generation in terms of adolescence; a 13 year old when we first visited McKinley High is now old enough to vote, making way for new teens with new tastes. Over that time, we’ve gone from Glee‘s snarky outsiderdom to the sincere likes of The Hunger Games, Divergent and The Fault in Our Stars–and YA has become so culturally dominant that it was one inspiration for critic A.O. Scott to declare the death of adulthood in American culture. Glee packaged stories of identity and tolerance in self-awareness and camp. By 2014, teen stories are big business and–as in John Green’s novel Stars and the hit movie of the same name–often serious as death.

Red Band Society (Wednesdays on Fox) starts off with one foot in the Glee style and one foot, well, in the grave. Its premise–an ensemble dramedy about seriously ill kids in a long-term pediatric hospital–is so conveniently timed you might call it The Fox in Our Stars. (It’s adapted, to be fair, from a Catalan drama that predates the Green novel.)

But it kicks off with a scene and a sensibility that’s straight out of Glee: wicked-mean cheerleader Kara (Zoe Levin) collapses during a practice and her tormented classmates crowd around to take smartphone pictures of the fallen Queen B. Kara has an enlarged heart–irony alert–which lands her at in L.A.’s Ocean Park hospital, where she quickly tries to assert alpha status.

There’s already a tight social circle at Ocean Park, though, including charismatic Leo (Charlie Rowe), a longtime resident with cancer; rascally Dash (Astro), his best friend, who has cystic fibrosis; and Emma (Ciara Bravo), Leo’s sometime girlfriend, a brainy girl with an eating disorder. And while Kara is the first character we meet, our guide to the ways of Ocean Park turns out to be Charlie (Griffin Gluck), a 12-year-old who narrates the series from within a coma.

Ocean Park is part high school (the kids take classes on site), part camp for misfits and rebels–authority figures include Octavia Spencer as no-B.S. Nurse Jackson–but all hospital, which means that for all the escapades of the pilot, there’s always the looming threat of darker things. One reminder comes when we meet cancer patient Jordi (Nolan Sotillo), who has maneuvered his way into the care of a top specialist, engineering his treatment–having a leg amputated–the way other kids his age might angle to get into a good college.

Promisingly, the pilot of Red Band (like Glee‘s) has a ton of voice, but its tone wobbles wildly as it overcorrects away from sentimentality and then straight into it. One moment it’s all parties, fart jokes and gallows humor, the next Leo is dispensing inspirational quotes like a piñata: “Luck isn’t getting what you want. It’s surviving what you don’t want,” and “Your body isn’t you. Your soul is you, and they can never cut into your soul.”

It’s a tricky challenge that Red Band has, of course. It’s about kids who might die, plain and simple, and it would be irresponsible to act otherwise. And yet–just like the hospitalized kids themselves–its audience doesn’t want to dwell on the morbid, to forget the fun and promise of life. Indeed, a producer has already told press that the first season won’t have “a body count”–but the risk of that is offering all the beautiful sadness of young tragedy while cleansing it of many of its consequences. (The danger of romanticizing illness is inevitable on TV, where, for instance, the ward is bound to be filled exclusively with patients who are extremely good-looking.)

But the great thing about teen stories is that not only do they give you permission for wild swings in tone and emotion, on some level they wouldn’t be believable without them. If Red Band is Glee-like at some moments and mawkish at others, the first hour has moments–like the stirring final sequence–that combine the two modes for a rush of earned feeling. If the show finds that balance, it could lead network teen TV, that recovering mean cheerleader, from Glee mode to the thing that comes next. 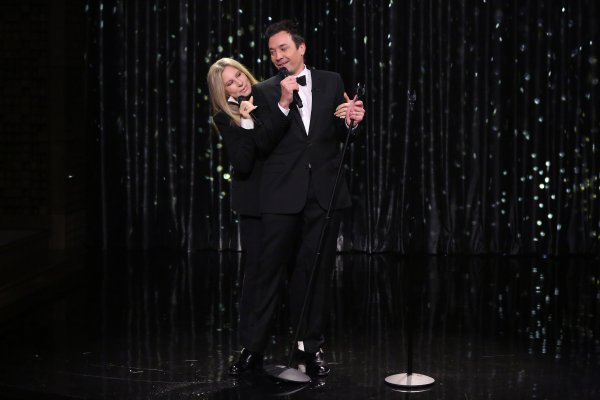