Central Perk From Friends Is Now a Real Place, and Gunther Is There

Starbucks. Blue Bottle. Dunkin Donuts. New York City is filled with places to get coffee. Yesterday, though, we went to Central Perk.

Yep — a pop-up shop immortalizing the dream of the ’90s has opened to mark the 20th anniversary of Friends. The once-fictional coffee shop that was the hangout of choice for the cast of Friends has become a reality — for a limited time, anyway. In a collaboration between Warner Bros and Eight O’Clock Coffee, Central Perk will open its doors to the public on Wednesday, September 17 and stay open until October 18, giving fans plenty of time to grow out their Rachels and find their most ’90s outfit.

Fans may be able to find some inspiration at Central Perk itself thanks to the display of the show’s costumes in all their ’90s glory, including Monica’s (Courteney Cox) V-neck peasant shirt and calf-length skirt train wreck, Rachel’s (Jennifer Aniston) belted grey schoolgirl skirt and black boot ensemble and Joey Tribbiani’s (Matt LeBlanc) henley-flannel shirt combo. (A box of Smelly Cat cat litter is not a recommended accessory.)

The pop-up shop is fittingly filled with Friends memorabilia, including signed scripts and cast photos capturing behind-the-scenes moments from the set and candid shots of Chandler, Joey, Rachel, Monica, Phoebe and Ross goofing off.

More exciting for the die-hard Friends fan is the display case filled with ephemera, like the VHS copy of Buffay the Vampire Layer.

Chandler, Monica, Phoebe, Joey, Ross and Rachel were nowhere to be found, so we were able to snag the big orange couch — it was once Central Perk’s hottest real estate! — and talk to Gunther. While the surly waiter had no interest in taking our order (typical), actor James Michael Tyler — who played Gunther on the show — was happy to stretch out on the couch. “As a character, I was never able to sit on the couch,” he says. “Gunther only sat on it once!”

“In real life, I’m not grumpy,” says Tyler. “But Gunther pretty much epitomized the early ’90s barista.” Can Tyler see Gunther working in a coffee shop now? “It would be interesting to see Gunther with a full beard and a fedora working at a coffee shop right now,” says Tyler. “But he either franchised Central Perk or went back to soap opera acting.”

Tyler, who has moved on from acting to writing, says he was able to put Gunther to rest thanks to the show’s writers. “The final episode — where Gunther had closure and was able to tell Rachel that he was in love with her and had been for ten years — was great,” says Tyler. “No one ever picked up the clues that Gunther was obsessed with her! The writers had a lot of story lines to write in that last episode and to have the courtesy to include closure for Gunther instead of leaving him open-ended was great. 20 years later, if he was still obsessed with Rachel, that would be sad.”

To make your Gunther-Rachel fanfic come to life (and to get a cup of limited-edition Central Perk Roast), Central Perk at 199 Lafayette Street (at the corner of Broome Street) in New York City is open from Wednesday, September 18 through Saturday, October 18. 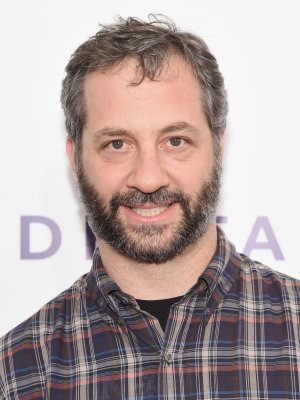 Apatow Series Love Is Headed to Netflix for 2 Seasons
Next Up: Editor's Pick