United Airlines announced Monday that it will offer its thousands of flight attendants an early and voluntary buyout option, a lump-sum payout worth up to $100,000.

The airline, which employs more than 23,000 flight attendants and was the only major one to announce a quarterly loss this year, is also recalling the 1,450 attendants who were on leave this month so they can apply for the option as well, Bloomberg reports. The bid to downsize comes six years after United announced a large fleet reduction that left it about 2,000 stewards above capacity.

A statement released by the Association of Flight Attendants labeled the program an “unprecedented” and “unique opportunity” for employees who wanted to either rise in the ranks or pursue other opportunities.

“The cost is less to have a flight attendant with less experience versus one that has more,” United spokesperson Megan McCarthy said. The airline would not disclose the criteria needed to earn the maximum buyout but is hoping at least 2,100 employees take advantage of the offer. 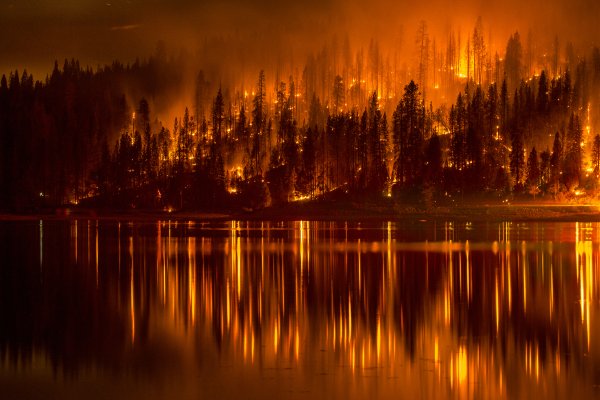 See Inside California's Worst Week of Wildfires
Next Up: Editor's Pick