A new video by a foreign fighter thought to be in Syria is making the rounds on Twitter not because of what the man is asking of his followers, but because of where he wants them to go. Denis Cuspert, the German-Ghanaian ex-rapper known as ‘Deso Dogg’ who now goes by Abu Talha al-Almani, says the slaughter of Muslims in the Central African Republic by largely Christian militias should trigger a response from jihadis.

For much of the 18-minute video, Cuspert, known for inflammatory remarks in recent years, is sitting against a tree speaking in Arabic, English and German as grim scenes are superimposed on the screen. Cuspert claims he made the video after seeing footage from the Central African Republic, where months of attacks between Christians and Muslims have killed thousands, led to a Muslim exodus and spawned one of Africa’s worst humanitarian crises in decades. He directly calls on Boko Haram, the Islamist extremists wreaking havoc across northern Nigeria, to enter the country and “strengthen, enlarge and expand your battlefield.”

Foreigners with guns in the Central African Republic are nothing new. Séléka, the disbanded Muslim rebel forces that unseated the government in Bangui last year, had numerous Chadians and Sudanese in their ranks. The chaos they unleashed, in part, prompted a backlash led by mainly Christian militias that has driven tens of thousands of Muslims out of the country—as French and African peacekeeping forces look on impotently. During a visit to the ravaged state this week, Navi Pillay, the U.N. High Commissioner for Human Rights, called the situation “dire” as inter-communal killings, now daily, remain at “a terrifying level.” 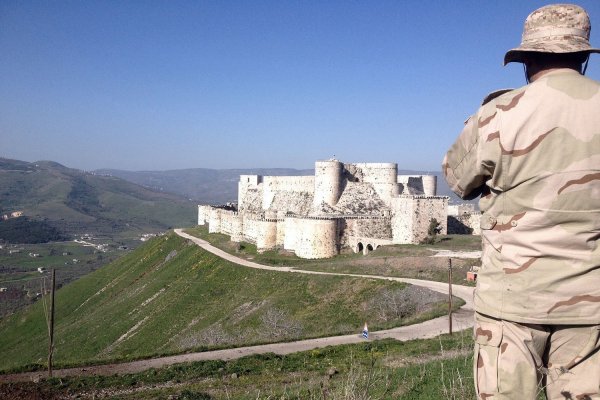