Attorney Kenneth Feinberg testifies during a hearing before the Consumer Protection, Product Safety, and Insurance Subcommittee of the Senate Commerce, Science and Transportation Committee July 17, 2014 on Capitol Hill in Washington, DC. The subcommittee held hearing on "Examining Accountability and Corporate Culture in Wake of the GM Recalls."
Alex Wong—Getty Images
By Elizabeth Barber

A lawyer for General Motors has raised the number of eligible compensation claims for deaths related to defective ignition switches in millions of recalled cars.

The death toll from the recalled cars is 19, not 13, as GM had originally indicated. That’s according to an assessment released Monday by GM lawyer Kenneth R. Feinberg, who manages a compensation program for accident victims and surviving families.

The Detroit-based automaker in February recalled more than 2 million of its cars after it acknowledged that switches in the vehicles were prone to shifting, cutting the engine’s power and deactivating airbags and other safety systems. The company had previously said it believed that the faulty switches had led to 13 deaths.

GM has given Feinberg “complete and sole discretion over all compensation awards,” and has waived its right to disagree with his numbers, the company has said. GM said on Monday that it accepts the new, higher assessment of the death toll, Bloomberg reports.

“Ken Feinberg and his team will independently determine the final number of eligible individuals,” a spokesman for GM told Bloomberg. “What is most important is that we are doing the right thing for those who lost loved ones and for those who suffered physical injury.”

GM has so far received 125 death claims, and it is not known how many of those claims might be found eligible in the coming weeks or months. The auto giant is expected to receive even more claims before its Dec. 31 deadline.

GM has also received 58 claims for serious injuries, including brain damage, pervasive burns, double amputation, paraplegia and quadriplegia. Four of those claims have been deemed eligible. Another 262 claims have been received for lesser injuries that required hospitalization or outpatient treatment, eight of which have been accepted.

GM has said its compensation program has no cap and that it will pay any sum that Feinberg “deems appropriate in each and every individual case.” In July, it said it had allocated between $400 million and $600 million for the fund, though it has not yet said how much each individual claim so far approved is worth. 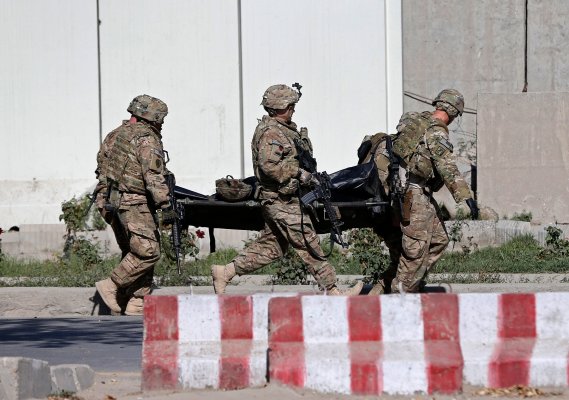 NATO Convoy Attacked in Kabul
Next Up: Editor's Pick