A Philippine Volcano May Be About to Blow and 12,000 Have Been Evacuated

Volcano Mount Mayon spews a thick column of ash 500 metres (1,600 feet) into the air, as seen from the city of Legazpi, albay province, southeast of Manila on May 7, 2013.
Charism Sayat — AFP/Getty Images
By Rishi Iyengar

An ominous glow from the Philippines’ most active volcano has prompted the evacuation of more than 12,000 people from its surrounding areas.

There have been a series of quakes and rockfalls at Mount Mayon in the country’s Bicol region, sparking fears of a possible eruption, Reuters reports.

“We are now raising the alert status of Mayon Volcano from alert level 2 to 3,” said Renato Solidum, head of the Philippine Institute of Volcanology and Seismology, on Tuesday.

Joey Salceda, governor of the Albay province where the mountain is located, said the evacuees would be housed in temporary shelters for up to three months. Salceda said that as of now the 6 to 8 km “danger zone” around the volcano had been cleared, and if it erupts, then villagers facing the southeastern crater rim would also be moved to safer areas. 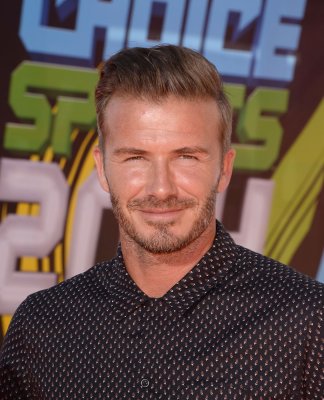 David Beckham Wants Scots to Vote 'No'
Next Up: Editor's Pick