Everyone Needs to Lay Off the Miss America Contestants

The newly crowned Miss America speaks Russian and Spanish. She earned a triple degree – in political science, global studies and geography – and is heading to law school at Fordham. She’s an outspoken advocate against domestic violence and sexual assault at a moment when we can use as many different voices addressing that problem as we can find.

To read social media last night and today, though, you’d think Kira Kazantsev was a talentless idiot with no self-respect. Beyond the mockery of her performance tapping a red cup to the beat of “Happy” – which she said later was her way of encouraging little girls to think outside the box – she was also blamed for the fact that a production flunky misspelled Jane Austen as “Austin” in a pop-up fact about her favorite literature.

What was especially disconcerting was the fact that so much of the snark and insult came from feminists and other progressives. Some of the same oversensitive, full-time scolds who the day before were on a tear because CNN’s Chris Cuomo wondered aloud where the line is between a spanking and assault on a child, were completely at home degrading the finalists in utterly stereotypical terms or retweeting such remarks.

These women were reduced, by the very people who oppose the objectification of women, to their looks and clothes and what that presumably says about them.

One, Miss Massachusetts Lauren Kuhn, was once attacked by a cheetah in Zambia, according to a pop-up factoid. The woman is at Harvard Dental School, but that didn’t stop people from getting sarcastic about why someone like her would ever go to Africa.

More importantly, can you imagine any world in which it would be OK to have two or more women of any color other than white on a stage and people casually remarking, without controversy, that they’re hard to tell apart? You know, like these:

Even when they tried to show off their entertainment talents, it went like that.

By the time the Jane Austen snafu took place, the hate-watchers were giddy. Some had tried to make hay out of replies to questions about ISIS or domestic violence, but it didn’t really stick.

The Jane Austen error, though – that went viral. Because, of course, it confirmed every negative thing certain people think about women like these.

At some point, some of the allegedly offended folks admitted their self-loathing for how they’d spent their Sunday night. They had many choices – I watched Boardwalk Empire and part of the PBS mega-documentary on the Roosevelts, both more allegedly highbrow – but instead there they were feeling superior to the women they were appalled by. Odds are good the TV audience for Miss America was primarily women anyhow, given that there was a football game on, too.

I don’t begrudge the masses, anonymous and notable, the joy of remarking on the clothes, the performances, even the question of whether a grown woman should have to bare her midriff to win a scholarship. That’s all fair game. But when folks project societal issues onto these individual women, it seems worthy to step back and ask why.

As Taylor Marsh, a feminist and Miss Missouri in 1974 who put herself through college with winnings from pageants, noted in a Huffington Post piece before the show yesterday, “You’d think by now there’d be a higher bar on expressing opinions and rendering judgments on another girl’s choices that are actually nobody else’s business.”

Steve Friess is an Ann Arbor, Mich.-based freelance writer and former senior writer covering technology for Politico, who teaches journalism at Michigan State University. You can follow him on Twitter @stevefriess. 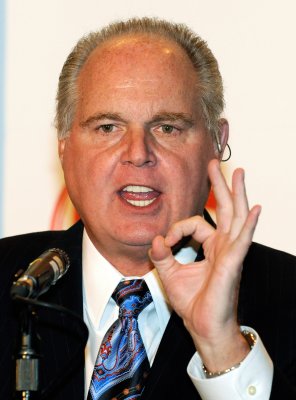