I'm a Woman Who Lived as a Boy: My Years as a Bacha Posh

The Underground Girls of Kabul
Crown
Ideas
By Jenny Nordberg

Jenny Nordberg’s The Underground Girls of Kabul, published Sept. 16, is the result of five years of research into why it’s not uncommon for girls in Afghanistan to be brought up as boys. Nordberg, an investigative reporter, discovered the practice in 2009, and detailed it in a story for The New York Times.

The Underground Girls of Kabul explores the reasons for, and the consequences of, this longstanding practice, which has affected many Afghan girls and women. It also offers a glimpse into the situation for women there, which remains precarious.

What happens to such a person, Nordberg wondered, when they relocate to a society that values women more, and there is no longer a need to hide? She recently connected with another young Afghan woman, now living in the U.S., who once passed as a boy in her home country.

Exclusively for TIME, this is the story of Faheema.

Liberating. That’s how it felt, walking out the door for the first time as a boy. I was 12. I was no longer Faheema, who needed to be proper and watch her every move, but Faheem, who had guts and could go where he wanted. That was my right as a bacha posh—from Dari, it translates to, “dressed up as a boy.” It’s what they call girls who live their lives disguised as boys in Afghanistan. And I suppose those who eventually become boys on the inside, too.

My family had returned to Kabul after the Taliban, and in 2002, society was so much more conservative there than in Pakistan, where we had lived as refugees. Girls were looked down upon, and being one was made very difficult.

With short hair and in pants, I found that no one would look at me on the street, or harass me. I did not have to wear the scarf. I could look people in the eyes. I could speak to other boys, and adult men too. I did not have to make myself smaller by hunching over. I could walk fast. Or run, if I felt like it.

In fact, I had been brought up as a boy—I just didn’t look like one at first.

At home, I was the one who got things done. We were carpet weavers, and I ran the family enterprise from our house. Seven other, younger, children took orders from me. My parents often told me they wished I had been born a boy. They have said it for as long as I can remember; my father in particular. It would have made more sense, he said, since I was a harder worker than any of my brothers.

Even while living as a girl, I tried to do everything Afghan society and culture said I couldn’t do. I became strong. I took responsibility. I educated myself and my siblings. I helped my father with his guests and all the technical work at the house. But I still felt inadequate.

Most bacha posh in Afghanistan are made that way by their parents. But my story is different. One day I made the decision for myself to switch. I gave them what they asked for.

The attitude, the lowered voice; how I moved with more confidence. I could disappear in a crowd. The more divided a society, the easier it is to change the outside. Others bought it. It shocked me that I could trick those harassing eyes just by how I looked. Being a boy allowed me to function as a more of a whole person in society. It was practical. I could protect my sisters, and escort them to class in winter. It pleased my parents, too. At least they did not protest.

I spent nine years as a boy. I continued trying to please my parents like that until a few years ago, when I came to a small town in America to go to college. My turning point was when I started thinking about being a woman. Why should I need to hide? Could I not have the same pride, and the same abilities, as a girl? Why did only my male self have that strength? I had been so proud to be a boy, in that I had figured it out and outsmarted everyone. That I had won. But I began feeling more and more angry. I was like, “How long will I have to do this?”

To be honest, I had always thought of being a bacha posh as my own choice; that I was doing something also for myself, and of my own free will. But that was not entirely true, I realize now. My parents’ wish for me to be a boy forced me to become one. I took it too literally. So a few years ago, I wanted to try and accept myself as a girl. I knew it was inevitable at some point anyway.

By then, I was 18 but I still had no breasts, and my periods were irregular. When my mother had sought out a doctor in Kabul, he said that my psyche may be turning into that of a man’s. It scared her. She worried I may never be able to turn back.

It was hard. I began letting my hair grow out. Now it’s almost all the way down to my waist. I also went to see a psychologist at my university. We talked about what is male and what is female in me. I don’t know what normal is, but I am not as angry anymore. The differences between men and women exist here too, but there is no need for me to pretend to be a man in order to go outside, or to count as a full person. In some ways America is a conservative society too, and it’s so important for many people to be either male or female. I have both in me now and that’s how I’ll always be.

I think often about what it means.

Being a man gives you so many privileges, you don’t see the small things. You own the world and everything is yours. As a boy, I was very busy thinking of everything I needed and wanted. That’s what you do. You just don’t take much of it in. You focus on yourself. A lot is expected of you as a man, so you have to.

As a woman, you see more. You notice what’s around you. To me, that is the essence of it. You relate to others. As a woman, I have a soft core that melts with everything. As a woman, I can feel what others feel. I see what they see. And I cry with them. I think of that as the female in me. I allow that now.

I’m in my twenties now, and I don’t expect to live long. A woman’s average life in Afghanistan is 44 years, so I’m halfway done. I would like to stay here and become an anthropologist, but my American visa expires in a few months, and then I have to return home.

My father still only accepts me as a boy, not as a girl. We talk on Skype: He is a macho colonel in Afghanistan who calls me every day. Like my close friends, he is still allowed to call me by my boy name. But I know now that both my family and much of my society was wrong in saying that only boys can do certain things. They are the ones who don’t allow girls to do anything.

I have complicated feelings about the freedom I have here in the West. It’s borrowed. It’s not really mine. Deep down you know it’s going to be taken away at any moment. Just like that of a bacha posh.

As told to and edited by Jenny Nordberg. 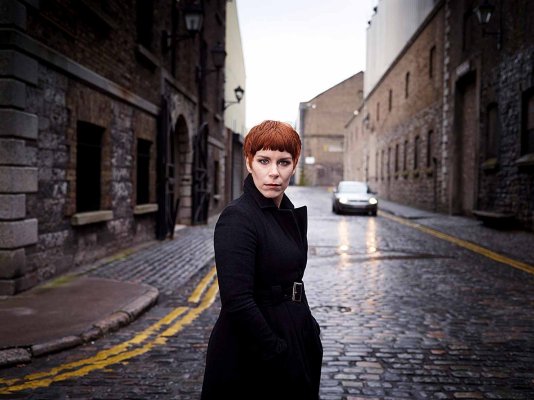