Additionally, three experts in domestic violence will serve as senior advisors on domestic violence and sexual assault: Lisa Friel, the head of the Sex Crimes Prosecution Unit in the New York County District Attorney’s Office, will focus on the evaluation process of alleged violence and assault incidences and will advise Goodell and the NFL staff on law violations. Jane Randel, the co-founder of NO MORE (a national initiative to raise the profile of violence and assault and Rita Smith), and Rita Smith, the former executive director of the National Coalition Against Domestic Violence, will work on several related initiatives, including: workplace policy, training curricula, education programs, Employee Assistance Programs and distributing information about resources outside of the NFL as related to these issues.

The announcement comes after the NFL and Goodell received significant public backlash over the handling of Ray Rice, who punched his wife in the face, knocking her unconscious. You can read Goodell’s full letter here. 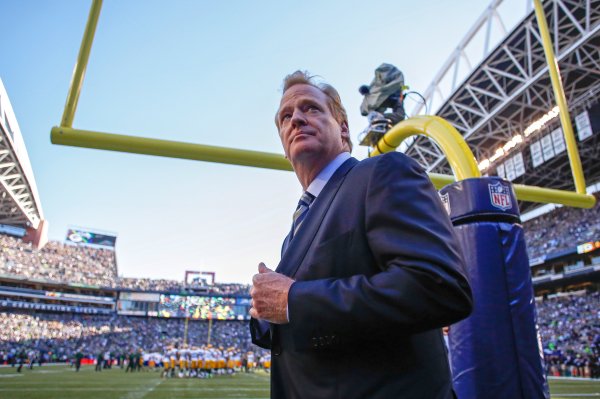