This Is What Customers Really Crave

This is one of a 10-article series of conversations with transformational leaders who will be storytellers at the BIF10 Collaborative Innovation Summit in Providence, RI, on Sept. 17-18

“The real promise of the technology revolution isn’t its products—it’s the new ways by which it has enabled us to express our humanity,” claims Bill Taylor, co-founder of the iconic Fast Company magazine and author of the bestseller, Practically Radical.

“Today, smaller and smaller teams are building bigger and bigger things, faster,” he explains. In today’s marketplace—which is streamlined by technology and defined by abundant choice— “corporate muscle mass” such as factories and storefronts have lost the clout they had 50 years prior.

“What customers really crave is a sense of humanity,” claims Taylor.

“Leaders of economically successful organizations are every bit as rigorous about the human side of their enterprises as they are about R&D and acquisitions,” he maintains. Taylor encourages us to recognize the influence of passion brands. “Apple, Google, HBO” he lists, all have dominated their industry sectors thanks to the might of a zealous group of consumers.

“Ultimately, your culture is what sustains your strategy.”

The aspect of technological revolution that currently fascinates Bill Taylor is the power of businesses that are facilitated by technology, but driven by a human touch.

As a primer, he shares three guidelines for companies looking to embrace this new culture of work:

Breakaway success requires a commitment to the unprecedented.

“If your customers can live without you, eventually they will,” warns Taylor. “You can’t just be the best at what you do—you have to be the only organization that does what you do.”

Taylor looks up to an early adopter of this principle: Southwest Airlines. “They were never a “low-cost” airline,” he argues, “they were a “big idea” airline.”

Taylor says, “Southwest’s purpose from day one was to ‘democratize the skies,’ to give rank-and-file families the freedom to fly. In the early 1970s when they began to operate, air travel was a luxury of business travelers and the well-to-do.”

Southwest was successful because “their strategy was completely at odds with the rest of the airline industry.”

Instead of giving their employees the chance to amass power to get rich, companies must instead help them unleash freedoms from within, allowing people in their ranks to give input about the goods and services they produce.

“People want their work to be consistent with what they care about as human beings,” Taylor says. “The best leaders unearth the passion, energy, and commitment of their people by enabling them to make a real difference to their customers and one another.”

He urges companies to examine themselves. He asks them, “What does it mean—in terms of the language, the daily rituals—to be a member of your organization?”

Taylor shares a revolutionary tip: “The real use of social media is not so that we can market our product to a broader audience, but to give our people the capacity to humanize our brand.”

We can’t thrive in a corporate world that sacrifices humanity for the sake of profit, Taylor maintains.

At a BIF Summit several years ago, Taylor shared a story of two automobile dealers his father encountered while shopping for a car.

The first dealer sold Cadillacs, a brand Taylor’s father had long been loyal to. Cadillac sent the man a $1,000 customer-loyalty discount in the mail, but because he wanted to buy a car 24 hours after the coupon expired, the dealer refused to honor it.

The second dealer sold Buicks. After a conversation with Taylor’s father, this dealer offered to honor the expired Cadillac discount. The same dealer let the man test-drive the car over a weekend, and, when an emergency surgery prohibited timely return of the vehicle, sent a lovely bouquet of flowers with a “hilarious note.”

“Which car do you think my father bought?” Taylor asks.

“Small gestures of kindness send big signals about who we are and why people should want to affiliate with us.” He adds, “It was the highest ROI on a bouquet of flowers in history.”

Bill Taylor says he “always looks forward” to the Collaborative Innovation Summit, hosted by the nonprofit Business Innovation Factory (BIF) in Providence, RI. Taylor has joined the lineup of radical business thinkers at BIF Summit more than once.

“I’m proud to say I crashed the first BIF Summit in 2004,” he says, “because I’ve been back every year since. It is one of the most exciting and authentic learning laboratories I’ve ever encountered.”

“Community is an overused word, but BIF truly is a community. We come together once a year, and learn from and support each other all the rest of the year.”

“I live for months off the energy that I get from the BIF Summit,” he professes. “It’s a poetry slam for innovators. What a refreshing break from standard operating procedure.” 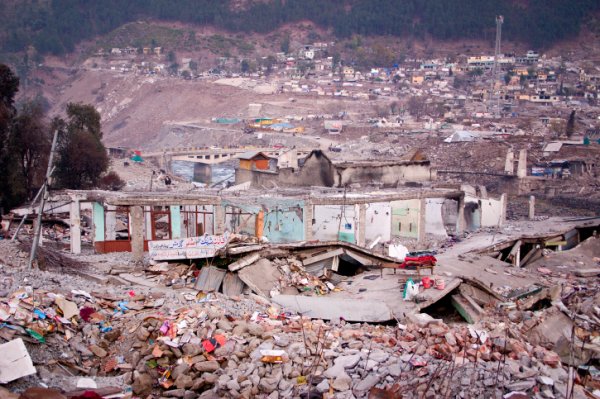 Five Best Ideas of the Day: September 15
Next Up: Editor's Pick