The Minnesota Vikings announced Monday that star running back Adrian Peterson will attend practices and meetings this week and is expected to play Sunday despite being indicted on child injury charges last week. Peterson turned himself into authorities over the weekend and was released on $15,000 bail.

Vikings owners Zygi Wilf and Mark Wilf released a statement Monday that announced Peterson will continue to play as the legal system investigates the allegations of abuse. “We believe this is a matter of due process and we should allow the legal system to proceed so we can come to the most effective conclusions and then determine the appropriate course of action,” they said. “Currently we believe we are at a juncture where the most appropriate next step is to allow the judicial process to move forward.”

Peterson, 29, turned himself in Saturday in Montgomery County, Texas after he was indicted on charges of reckless or negligent injury to a child for “whooping” his 4-year old son with a switch in May. He could face up to two years in state jail.

The six-time Pro Bowler was deactivated from Sunday’s game against the Patriots, which resulted in a 30-7 loss for the Vikings.

In a statement released Monday afternoon on the Vikings website, Peterson expressed remorse for hurting his son but denied that he is a child abuser. “I am not a perfect parent, but I am, without a doubt, not a child abuser. I am someone that disciplined his child and did not intend to cause him any injury,” he said.

“I want everyone to understand how sorry I feel about the hurt I have brought to my child,” he said. “I never wanted to be a distraction to the Vikings organization, the Minnesota community or to my teammates.” 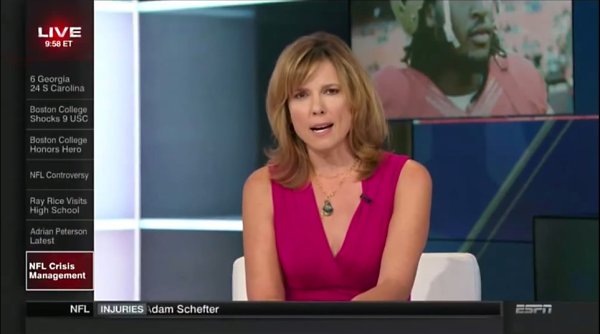