Following arguably the worst week in NFL history, several sports anchors got emotional over the weekend talking about issues of domestic violence in the league.

At the beginning of last week, TMZ leaked a video of Baltimore Ravens player Ray Rice knocking out his now-wife, Janay. At the end of the week, Minnesota Vikings’ Adrian Peterson was indicted for child injury charges. Fans and reporters expressed outrage that it took the video of Rice beating his wife leaking for the NFL to indefinitely suspend him, even though reports suggest that the NFL had already seen the video and heard from Rice himself about the incident. Now, the Vikings are saying that Peterson will play on Sunday, despite the child abuse arrest. In the wake of these incidents, fans are beginning to demand that NFL Commissioner Roger Goodell step down.

The NFL’s seeming indifference to these domestic abuse incidents has brought some sports anchors close to tears. ESPN anchor Hannah Storm, NFL Hall-of-Famer and ESPN analyst Cris Carter and former NBA all-star and commentator Charles Barkley all shared powerful, personal stories about their relationships with their parents or with their children when debating how the NFL should handle these cases.

Hannah Storm, voice quivering, came close to tears while speaking about the Ray Rice situation as a mother trying to answer her daughter’s questions. “One of my daughters has her first fantasy football team this season. But at breakfast this week, instead of discussing how her team was doing, we watched the Ray Rice video play out again in all its ugliness. I spent this past week answering seemingly impossible questions about the league’s biggest stars: ‘Mom, why did he do that? Why isn’t he in jail? Why didn’t he get fired?'”

The answer she points to ties the inherent violence of the game with the violence we’re seeing off the field. “Are we supposed to compartmentalize a violent game on the field from violent acts off the field? And if we do, what message does that send?” she concludes.

In another emotional appeal, Cris Carter referenced his single mom’s struggle. “My mom did the best she could, but she was wrong about some of that stuff she taught me, and I promise my kids I won’t teach that mess to them,” said Cris Carter, who once played for the Minnesota Vikings where Peterson is now a running back. “You can’t beat a kid to make them do what they want to do.”

Unlike Carter, Barkley drew on his own experiences growing up in the South to help put Peterson’s actions in perspective. “Every black parent in the South is going to be in jail under those circumstances,” he said. “We all grew up in different environments…I’ve had many welts on my legs. I got beat with switches.”

When another anchor, Jim Rome, suggested that perhaps in 2014 we ought to re-evaluate what was acceptable in the south in the 1960s, Barkley conceded, “Maybe we need to rethink it.” 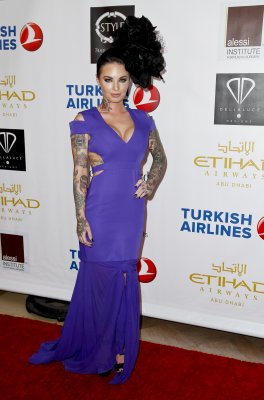 Victim of Alleged Assault by MMA Fighter Shares Photos of Recovery
Next Up: Editor's Pick