Salt can increase the rate of aging and the risk of heart disease in overweight teenagers, according to a study presented this week at an American Heart Association conference in San Francisco.

“Lowering sodium intake, especially if you are overweight or obese, may slow down the cellular aging process that plays an important role in the development of heart disease,” Haidong Zhu, the lead author of the study and assistant professor of pediatrics at the Medical College of Georgia, said in a statement.

The study divided 766 teenagers between ages 14 and 18 into groups of lower and higher reported sodium intakes—though both groups reported consuming significantly more on a daily basis than the two-thirds of a teaspoon recommended by the American Heart Association.

Normal weight teens with high-sodium intakes did not have shorter telomeres.

“Lowering sodium intake may be an easier first step than losing weight for overweight young people who want to lower their risk of heart disease,” Zhu said in the statement. 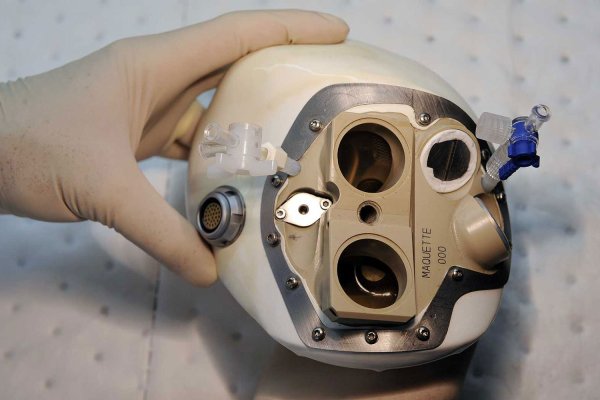 The First Person to Receive a Carmat Artificial Heart is Dead After 75 Days
Next Up: Editor's Pick