Mack went on to say that she hasn’t felt like herself since the beating and is still getting used to all her physical transformations including cutting off all her hair and losing 15 pounds.

War Machine, who legally changed his name from Jonathan Koppenhaver, went missing for a week after the Aug. 8 incident before police apprehended him in California on Aug. 15.

On Aug. 11 Mack posted pictures of herself in the hospital along with a lengthy statement giving her side of the story. War Machine was brought back to Las Vegas, where he pled not guilty to 32 charges including kidnapping, sexual assault, battery and attempted murder.

The police responded to the wrong home when Mack made a 911 call that immediately disconnected during her attack, according to a report from KSNV. After a neighbor called 911 a second time—over two hours after Mack’s initial call—police allegedly took 17 minutes to respond. 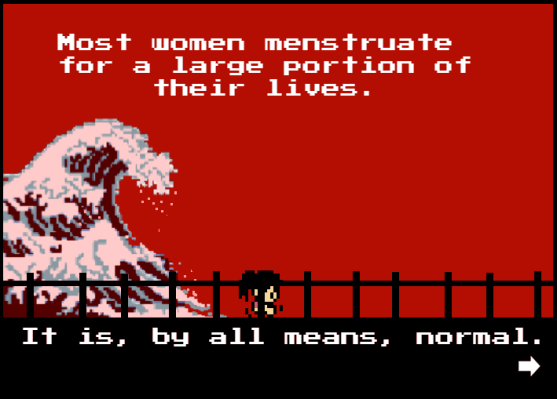 These Girls Are Fighting Sexism With a Video Game About Tampons
Next Up: Editor's Pick