The Possible Price of Scottish Independence

When Scottish voters go to the polls on Thursday to decide whether or not Scotland should stay part of the United Kingdom, many will be looking to their wallets as much as to their sense of national identity. What, voters on both sides of the debate want to know, would be the economic consequences of Scotland going it alone? If Scots are to believe the financial warnings of some banks and major retailers they will vote Yes only with a little trepidation about its impact on their personal finances. Some retailers issued statements on Thursday that they will have to raise their prices to accommodate increased costs and five banks have in recent days revealed contingency plans to re-register or re-locate from Scotland. So is it really all bad news for Scots if they go independent?

An initiative to ask the U.K.’s biggest retailers to outline the economic consequences of a Yes vote is being led by Sir Ian Cheshire, CEO of consultancy Kingfisher Systems, who plans to publish a letter signed by prominent business leaders in the next couple of days. He said on Thursday: “Business leaders need to speak out and get the facts in front of Scottish voters who need to make a decision.”

Justin King, former head of supermarket chain Sainsbury’s, echoed those concerns in an interview with the BBC on Thursday: “It is more expensive to do business in Scotland today. Business rates are higher, distribution costs are higher. If Scotland was to be an independent country, with businesses run separately in Scotland – as inevitably will be the case – prices would be higher.” Andy Clarke, chief executive of Asda, the U.K.’s third largest supermarket chain, also spoke on Thursday: “If we were no longer to operate in one state with one market and – broadly – one set of rules, our business model would inevitably become more complex. We would have to reflect our cost to operate here.” Clarke’s comments have sparked a backlash from pro-independence customers in Scotland, many of whom have taken to Twitter to express their discontent with the hashtag #BoycottAsda. Other supermarkets, including Lidl and The Co-operative, have declined to speculate about how independence might affect prices.

A pro-independence supporter with the word 'Aye' on his scalp pictured outside the Burgh Hall waiting the arrival of Scotland's First Minister Alex Salmond MSP who was on a visit to his home town of Linlithgow, West Lothian, Sept. 15, 2014.
Colin McPherson—Corbis

Comments from major retailers come in the wake of several Scottish-based banks and financial institutions announcing contingency plans last week to potentially relocate or re-register parts of their businesses in England in the event of a Yes vote. Royal Bank of Scotland – based in Scotland since 1727 and currently employing 11,500 people there – announced on Thursday that it would move its headquarters to London based on a “number of material uncertainties arising from the Scottish referendum vote which could have a bearing on the bank’s credit ratings.” These material uncertainties include lack of consensus over what currency an independent Scotland would adopt, who would regulate Scottish banks, and when Scotland would join the E.U. as an independent country (as part of the U.K. it is already in the E.U. but in it would likely have to re-apply for membership). Other institutions threatening to leave include Standard Life, Lloyds Banking Group, Clydesdale Bank, TSB and Tesco Bank, which collectively employ a further 20,000 people in Scotland. Despite some reassurance about jobs from the RBS chief executive, news of relocation have sparked worries of “capital flight” (where deposits are moved out of the country).

But some business leaders disagree that a Yes vote will be an economic blow to Scotland. The pro-independence campaign group Business for Scotland claims to have “2,500 members who run businesses in Scotland”. In August, seven notable business leaders – including Sir Donald MacKay, former chairman of the Scottish Mortgage Investment Trust, and ex-RBS chairman Sir George Mathewson – wrote a letter to the Financial Times stating their belief that “the financial sector in Scotland will always prosper.” Challenging the “nonsense talked by business and politicians”, Tim Martin, the boss of major pub chain JD Wetherspoon, told the BBC that he believed “Scotland could do very well on its own”. On Monday, Scotland’s First Minister Alex Salmond accused David Cameron of trying to “pressurize people, pressurize companies”, saying “the Prime Minister’s fingerprints are all over the scaremongering campaign.”

While political leaders appear to be at loggerheads, even financial experts don’t seem to agree over the future of an independent Scotland’s economy. The economist Paul Krugman told Scotland to “be afraid, be very afraid” and spokespeople from Credit Suisse and Deutsche Bank hinted at the possibility of a post-independence financial crisis. But experts from Goldman Sachs stated that in the long run, there is “little reason why an independent Scotland could not prosper.” Bill Murray from the International Monetary Fund said that a vote for independence could lead to “uncertainty” in markets, but he underlined that “the longer term will depend on the decisions being made during the transition.” As the financial costs of independence continue to be hotly debated from both sides of the campaign, it looks as though Scottish voters will need to decide just whose educated guesses are the most convincing. 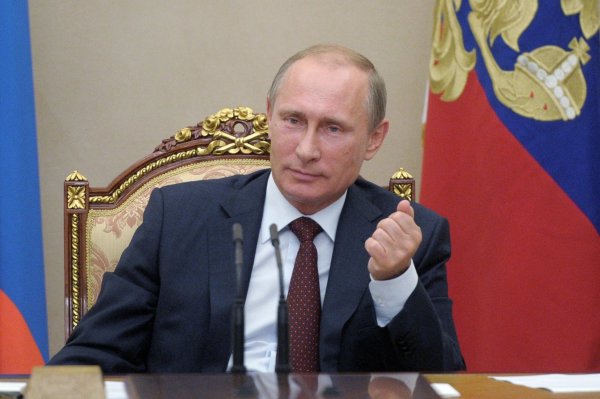 How Putin Got His Way In Ukraine
Next Up: Editor's Pick