The Imitation Game, a World War II drama starring Benedict Cumberbatch as a cryptologist who helps the British score a huge intelligence coup against the Nazis, won the 2014 Grolsch People’s Choice Award at the Toronto International Film Festival.

The People’s Choice Award is the festival’s most prestigious prize and considered a bellwether for Oscar wins.

Morten Tyldum’s film — set for release on Nov. 21 — casts Sherlock star Cumberbatch as Alan Turing, the computer genius who cracked the German Enigma code — a massive boost for the Allied war effort. Unfortunately, an ungrateful government prosecuted Turing in 1952 for being gay and revoked his security clearance. (Homosexuality was not decriminalized in the U.K. until 1967.) Turing committed suicide in 1954.

Keira Knightley co-stars in the film as a code breaker and Turing’s jilted fiancée.

Three of the past six People’s Choice Award winners at the Toronto Film Festival have gone on to win the Best Picture Oscar (Slumdog Millionaire, 12 Years a Slave and The King’s Speech), the Toronto Star reports.

Meanwhile, the People’s Choice prize in the documentary category went to Hajooj Kuka’s Beats of the Antonov, about Sudanese refugees struggling not just to survive but also to preserve their traditions. The Midnight Madness Award, for films in the action, shock, horror and fantasy genres, went to Taika Waititi and Jemaine Clement’s What We Do in the Shadows, a comic film about three New Zealand vampires sharing a flat.

The 11-day festival wrapped up on Sunday, after screening 392 films from 79 countries. 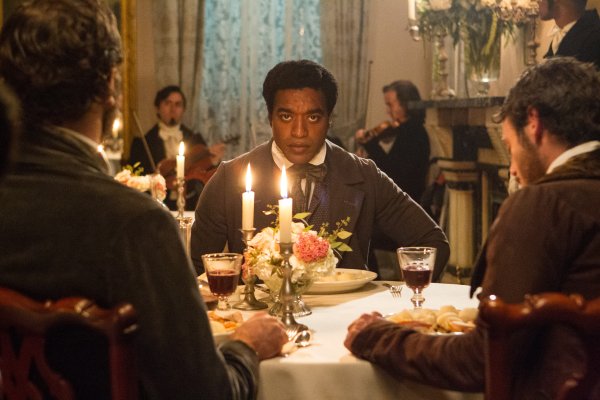 Cranky Guy: Why I Skipped the Toronto Film Festival This Year
Next Up: Editor's Pick