A Statue of Amy Winehouse Has Been Unveiled in London

A statue of the late Amy Winehouse is unveiled in Camden Town on September 14, 2014 in London, England.
Dave J Hogan — Getty Images
By Rishi Iyengar

English soul, R&B and jazz singer Amy Winehouse has been immortalized in bronze three years after her death at the age of 27, with the unveiling of a life-size statue of her on Sunday in Camden, North London, the BBC reports.

The statue, created by sculptor Scott Eaton, portrays the iconic artist with a hand on her hip and a red rose in her signature beehive hairdo. Eaton told the BBC that his sculpture intended to capture her “attitude and strength, but also give subtle hints of insecurity.”

The unveiling took place on Winehouse’s 31st birthday, in the presence of her parents, relatives and fans. Her father Mitch said that seeing the statue was “incredibly emotional” and that Eaton had done an “amazing job in capturing her.” He also said his daughter had been “in love with Camden,” and that fans associated the district with her.

Winehouse, who struggled with alcohol and drug abuse, was found dead at her London home in 2011. Her death was attributed to accidental alcohol poisoning. 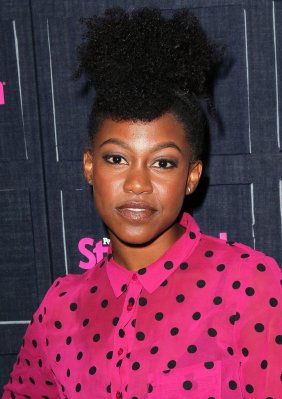