California announced Friday that a major source of water for areas throughout the state will halt all deliveries for 2014 until further notice, an unprecedented move indicating the ongoing and historic California drought is only getting worse.

The State Water Project, a system of reservoirs and water delivery systems helping supply Northern California, the San Francisco Bay area, the San Joaquin Valley, the Central Coast, and Southern California, had already been distributing water at historically low rates due to several successive years of drought conditions. Friday’s action by the state Department of Water Resources means the 25 million residents and 750,000 acres of farmland that receive water from the system will have to rely more heavily on other sources, including other reservoirs. Many key reservoirs in the state are at levels far below average. A measurement taken Thursday in the Sierra Nevada, a major supplier of water to the state when the snowpack melts each spring, found water content in the peaks is only about 12 percent of average for this time of year.

Earlier this month, Gov. Jerry Brown declared a drought emergency in the state and urged Californians to reduce their water consumption by 20 percent. Some rural areas in the state that rely on wells and reservoirs currently at low levels, are in danger of running out of water in two to four months, according to state officials.

The State Water Project, which halted 2014 deliveries on Friday, has never before reduced the allocation of its water to zero in its 54-year history. 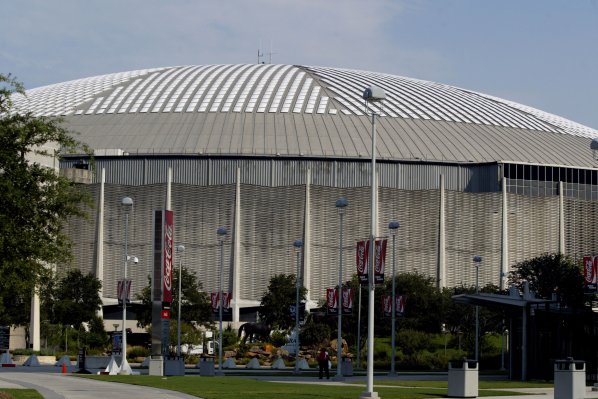 Astrodome May Be Saved After All, With Historic Place Designation
Next Up: Editor's Pick