Yes, That's Actually Kim Kardashian on the Cover of Vogue

Pigs must be flying because Kim Kardashian is on the April cover of Vogue, the world’s most influential fashion magazine. The reality star appears in a very bridal-looking white gown with a very visible giant rock on that finger while a black-suited Kanye West hugs her from behind.

The #WorldsMostTalkedAboutCouple — that’s Vogue’s hashtag, not ours — were photographed by esteemed shutterbug Annie Leibovitz.

There’s also a behind the scenes video of the photo shoot between the superstar couple, set to West’s hit song, Bound 2 (yes, that’s the soundtrack to their infamous motorcycle riding love fest). Watch Kim and Kanye cuddle everywhere: On a highway! On a fancy car! On a private plane! In front of a fancy backdrop! Kanye even cracks a smile. They’re so in love. Oh, and baby North shows up for a few seconds, too.

This is such a dream come true!!! Thank you @VogueMagazine for this cover! O M GGGGGG!!! I can't even… http://t.co/CbD5ThUqor

West has previously advocated for a Kardashian Kover (sorry), telling Ryan Seacrest that his famous fiancée is “like, the most intriguing woman right now.” So far his only comment on the situation? A simple “trill.” Fair enough. 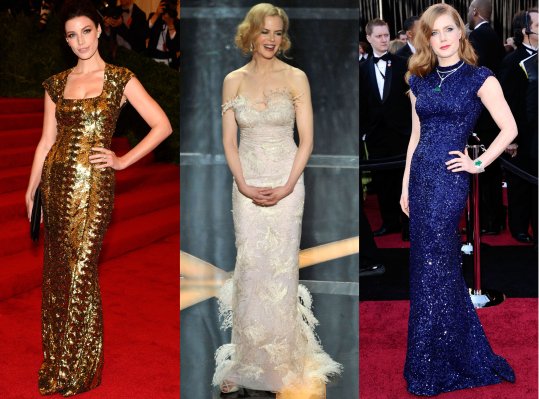