For the past 13 years, Elizabeth Stringer Keefe has been trying to learn the identity of six people in a wedding photo that was uncovered in the rubble of the Sept. 11, 2001 attacks in New York City. On Friday, after years of sharing the photo on the Internet and social media, she finally got an answer.

A man named Fred Mahe, who attended the wedding and is in the photo, saw an article about Keefe’s search and sent her a LinkedIn message.

He told her that the photo was once pinned to his cubicle wall on the 77th floor of the second World Trade Center tower and — good news! — all six people in the photograph are alive and well.

“The story is Elizabeth, the story is persistence and trying to help someone she didn’t even know,” Mahe told ABC News. Mahe and Keefe have spoken on the phone and are set to meet this Monday.

Mahe has also been in touch with Christine Loredo, the bride in the photograph, who now lives in San Francisco with her husband and called the picture a “great memento of resilience.” 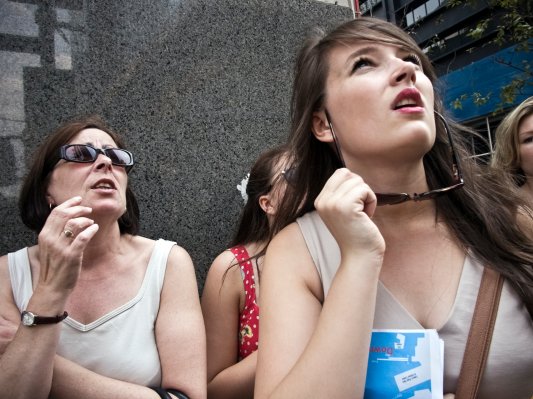