Four people were killed and eight others injured on Friday during a fire at a New Jersey motel.

Although several people had remained missing Friday afternoon, all were accounted for by the evening, the Associated Press reports. The fire broke out early Friday morning at the Mariner’s Cove Motor Inn in Point Pleasant Beach, N.J, the Star-Ledger reports. The motel housed victims of Hurricane Sandy whose houses remain uninhabitable 17 months after the storm.

Occupants sustained injuries from smoke inhalation and leaping from the second floor of the mote, Point Pleasant Beach Police Capt. Robert Dikun told the Star-Ledger. About 50 volunteer firefighters from at least eight companies responded to the fire, which started at about 5:30 a.m. and was under control about an hour-and-a-half later despite strong winds and the motel’s wooden structure. Officials at the Ocean County Prosecutor’s Office said more than 20 people were staying in the motel Thursday night, according to various local reports, although the records were burned so an exact count is unclear. Firefighters saved one woman on the second floor who stayed in her shower while the rest of her room burned.

While the cause of the fire is not yet known, authorities said a smoking lounge at the corner of the second floor is the focus of the investigation. 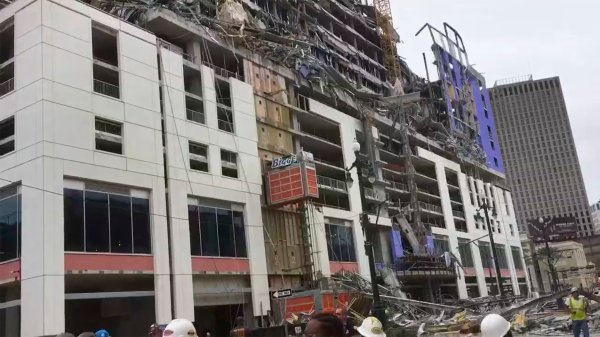