Oscar Pistorius listens to the verdict in his murder trial in the High Court in Pretoria on September 12, 2014.
Siphiwe Sibeko—AFP/Getty Images
Ideas
By Denise Brown

It saddens me that 20 years after my sister Nicole’s murder, we are still seeing the same crimes, just with different names, over and over again.

The Ray Rice case reflects our misunderstanding of what domestic violence is, and the Oscar Pistorius case reminds me so much of what happened to Nicole, with the victim defending her partner and the batterer blaming the victim.

What is most chilling to me about what I have seen in the coverage of Rice is that he has not atoned for his actions; he seems more concerned with how he is now viewed. And it’s Janay Palmer who is apologizing for her part in being knocked out cold. This is a dangerous dynamic.

Until all of us have zero tolerance for domestic violence, especially from superstar male athletes—who are protected and coddled rather than held up to a higher standard of being—we will see this horror played out again and again.

I am heartened that the public has stepped up and pressured the NFL to do better. It is a shame that when the NFL was originally presented with a police report stating “bodily injury … striking her with his hand, rendering her unconscious,” it suspended Rice for only two games. I pray the league will finally take its role in domestic violence among its players more seriously.

NFL players are the gladiators of our time; they are essentially trained killing machines. Thus they can be as dangerous as loaded guns. I encourage the NFL to educate its executives and players on the dynamics of domestic violence. Perhaps someday they will learn that doing the right thing is the best thing for their bottom line.

Domestic violence is about one human being needing to control another. It’s not about love. What I have learned is that, without comprehensive education for both the perpetrator and the victim, if such violence happens once, it will happen again, and it can escalate until the victim gets killed. Both individuals need counseling and education to understand the dynamics. The victim needs to understand that nothing she has said or done warrants being assaulted or verbally abused. The perpetrator needs to understand that there is no justification—ever, ever, ever—for assaulting his partner physically or emotionally.

Palmer speaks like many women I have come in contact with over the past 20 years through my domestic-violence work. She defends her husband, she blames herself, and she tells everyone to stay out of their personal business. Well, it is our business when it comes to trying to save someone’s life and educate that person about the cycle of violence.

We all need to be courageous enough to step up when we see someone being bullied or abused. It will help save not only the lives of our daughters, sisters, mothers and friends but also our sons, brothers and fathers.

Brown runs the Nicole Brown Foundation in honor of her sister, who was murdered in 1994. 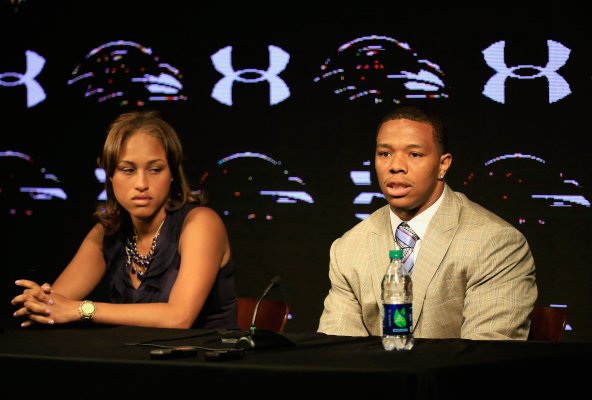