Christie Goes On The Offensive Over Bridge Scandal Claims

New Jersey Gov. Chris Christie’s office swung back at the New York Times and a former official and ally Saturday, a day after the paper published a letter from the official’s lawyers claiming evidence exists that Christie was aware of politically-motivated lane closures on the George Washington Bridge.

Christie aides sent out an e-mail dismissing the letter, written by the attorney for former Port Authority executive David Wildstein, as an attempt both to get Wildstein’s legal fees paid by the Port Authority, and to encourage prosecutors to grant the Christie appointee immunity over his role in the George Washington Bridge lane closing.

“[E]vidence exists as well tying Mr. Christie to having knowledge of the lane closures, during the period when the lanes were closed, contrary to what the Governor stated publicly in a two-hour press conference he gave immediately before Mr. Wildstein was scheduled to appear before the Transportation Committee,” Wildstein’s lawyer wrote in the letter. “Mr. Wildstein contests the accuracy of various statements that the Governor made about him and he can prove the inaccuracy of some.”

The Christie email, with the subject line “5 Things You Should Know About The Bombshell That’s Not A Bombshell,” also blasts the Times, which was forced to tone down its initial reporting on the letter after it was released.

Christie and Wildstein have known each other since high school, though Christie said they were never very close. But Christie tapped his former classmate to be his “eyes and ears” inside the bi-state transit agency. When Wildstein resigned from the Port Authority last December amid questions about the lane closings, Christie spokesman Michael Drewniak called him a “tireless advocate for New Jersey’s interests at the Port Authority.”

According to email records turned over by Wildstein to the New Jersey State Assembly, Drewniak and Wildstein had dinner two nights before his resignation. “Thanks again for all your sound advice last night, I always appreciate your friendship,” Wildstein wrote to Drewniak the day before he resigned.

Michael Czin, a spokesman for the Democratic National Committee, said in response to Christie’s office’s email, “If what Christie says about Wildstein in his oppo-dump is true, why did Christie’s administration appoint him to such a senior position at the Port Authority?”

The full email from Christie’s office is below: 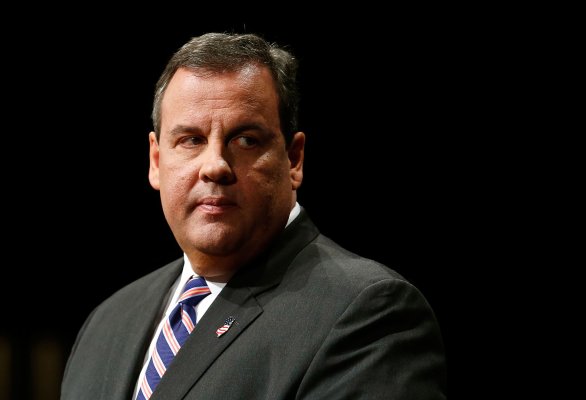