The soda can acting as the Detroit Fire Department’s emergency alert system may finally get tossed.

Several tech companies have reached out to the city’s underfunded fire department following a Detroit Free Press story and video showing firefighters receiving emergency alerts by placing a Faygo can filled with coins and screws atop their fax machine. When a fax is received, the can falls and rattles, alerting nearby firefighters of an emergency.

“I just could not believe it,” George Faucher, president and CEO of computer software company CorreLog, told the Free Press. “I thought it was a joke at first.”

It did become a joke after being featured on Comedy Central’s Colbert Report this week. “It’s pretty silly,” Detroit firefighter Paul Fillmore says in the clip. “And if you’re not in the room to hear it, you could be in trouble.”

According to the Free Press, seven software companies have offered to donate modern-day emergency alert systems to the department. Faucher told the newspaper that the $10,000 system, which his company would donate, would be “a thousand times better than a Coke can falling over.” 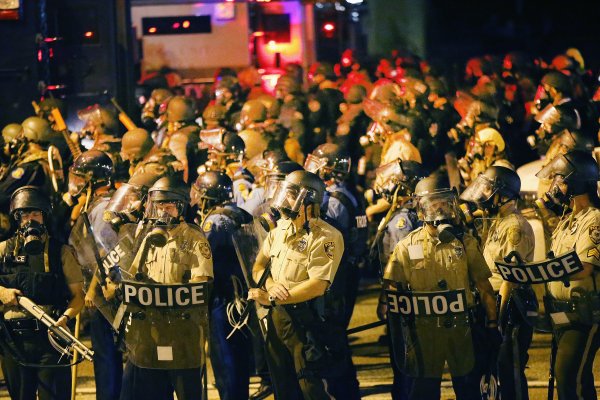 Ferguson Creates Review Board to Check Police Conduct
Next Up: Editor's Pick