5 Grains That Will Overthrow Quinoa

FWx can’t pinpoint when exactly it happened. One day people pronounced quinoa as KWEE-no, and the next day everyone’s mom was plating up a dish of KEEN-wah. Quinoa, the Andean pseudo grain (it’s actually a seed), is so popular that some of the farmers who grow it can no longer afford it. How popular is it? So popular the UN declared 2013 the International Year of Quinoa.

Despite attempts to grow the grain in America, it still exists here mostly as a South American import. The US takes more than half of the Andeans yield, which was well over 5,000 tons in 2012.

But all trendy foods must eventually be replaced by something newer, hotter and more interesting. We scoured the markets for what we think will be the grains of the future.

1. Sorghum
Sorghum looks and tastes like Israeli couscous. It’s a round and chewy grain that can hold up to stews or sauces. This is an ancient grain that’s been a staple for centuries in Africa, India and Asia. It’s completely gluten-free, a major consideration for people with celiac disease and gluten intolerance. Besides containing high levels of beneficial fiber, sorghum is also cholesterol free, which is good for just about everyone. The grain has an edible hull, so it retains the majority of its nutrients because you eat the whole thing. The best news for US farmers is that it’s drought tolerant, requiring far less water than other crops.
What’s unique about it: Sorghum—which farmers in the Midwest commonly call milo—can be popped like popcorn.

2. Teff
Gluten-free and the size of a poppy seed, this ancient grain is a long-time staple of Ethiopian cooking. You might already know it as the grain that goes into the spongy injera bread that you tear apart with your fingers. The flavor is earthy and nutty and, like quinoa, it can go both sweet—cook it on the stove to make a porridge–like breakfast cereal, or savory––add it to a stew to thicken it up.
What’s unique about it: The grain is a good source of vitamin C.
Here are some tips for baking with teff.

3. Millet
Here is yet another gluten-free option. The name millet actually refers to several different tiny grains from one big family. It grows as tall grass, and then forms ears like corn. The most common version is pearl millet. Although predominantly used in India, Africa, and China, the US is beginning to recognize this grain as a nutritious alternative. If you like tabbouleh, which is traditionally made with bulgur, you can make an almost identical version with millet and impress even your pickiest eaters.
What’s unique about it: If you have a beanbag chair, it just might be filled with millet.
Feeling like a little millet risotto? 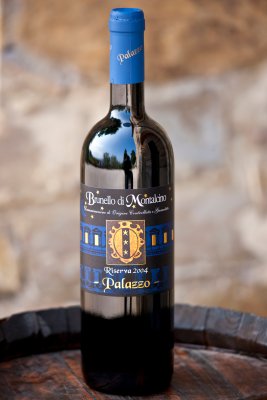 Italian Police Seize 200,000 Bottles' Worth of Wine
Next Up: Editor's Pick