Running back Ray Rice of the Baltimore Ravens addresses a news conference with his wife Janay at the Ravens training center on May 23, 2014 in Owings Mills, Maryland.
Rob Carr—Getty Images
By Kim Gandy and Sen. Richard Blumenthal

Earlier this week, the New York Times ran the following headline: “A Punch Is Seen, and a Player Is Out.”

As most Americans knew by then, video footage was released on Monday of running back Ray Rice punching his then-fiancée Janay Palmer Rice in an elevator and knocking her unconscious. Later on Monday, the Baltimore Ravens terminated Ray Rice’s contract, and the National Football League placed him on indefinite suspension.

That these actions were not taken until “after” the punch was seen might suggest that the Ravens and the NFL could not have made this decision earlier. On the contrary, video of Rice dragging his unconscious fiancée out of the elevator has been circulating since February. Rice was indicted on third-degree aggravated assault charges in March. In July, the NFL suspended Rice for two games – a penalty less severe than those the League has imposed for offenses such as the one-time use of a banned substance or breach of a memorabilia policy.

This incident, and the egregiously slow, inadequate response to it, highlights at least two inescapable facts about domestic violence.

First, this crime, which is shrouded in secrecy and stigma, is disturbingly underreported. One of the primary reasons for that is that action is too rarely taken unless the “punch is seen.” Real action was not taken after Rice apologized for his bad behavior, or even after the video of the aftermath became public. Instead, it took the video of the punch itself for the Ravens and the NFL to even approach a proportionate response – and by that time, the charges against Rice had already been dropped after he agreed to the patently insufficient outcome of court-supervised counseling.

This perfectly, if tragically, exemplifies the difficulty that faces victims of domestic violence. The video provides evidence of the incident – but it also compounds the public humiliation and pain of a woman who has already suffered. A record like this one almost never exists in cases of domestic violence, and yet this is the only crime in which the victim is routinely expected to produce evidence that it occurred.

As a result, too many women fear that they will be disbelieved, mocked, or even blamed. Their fear has good reason: it took until this week for the Ravens to retract their disgusting statement on Twitter that Janay Palmer Rice “deeply regrets the role that she played the night of the incident” – as though this “apology” somehow exonerated Ray Rice.

We did not have to see the video to know this was unacceptable. The NFL should not have needed the video to impose more than a two-game suspension. And therein lies the second unfortunate conclusion we can draw from this week’s events: the pernicious nature of domestic violence, which nearly always happens behind closed doors, leads to policies that fail to address it fully.

In the 20 years since the passage of the landmark Violence Against Women Act, we have made important strides in understanding this reprehensible crime, holding offenders accountable, and providing life-changing services to victims. But continuing to combat the stigma that contributes to victims’ reluctance to report abuse requires better laws, better processes, and a change in the culture that tells women to be ashamed.

As one of the most powerful and influential organizations in America, the NFL has an opportunity – and an obligation – to help change this culture. Across the country, boys – and a rapidly growing number of girls – are watching the players, the coaches, and the teams. When they see athletes committing acts of violence, and when those acts are excused, glossed over, and given pathetically weak punishments, they learn that domestic violence is not taken seriously. They learn that they will not be taken seriously if they report abuse. They learn that they can get away with committing abuse against others.

The NFL’s obligation to set and enforce responsible policies does not come only from its players’ public example, but from its significant public support. The NFL benefits from broad anti-trust exemptions granted by Congress, as well as hundreds of millions of dollars in taxpayer benefits, including enormous subsidies for teams and stadiums. NFL policies should take seriously the NFL’s public trust. Lawmakers must demand better, and taxpayers who support the League with their hard-earned money must do the same.

We have called on the NFL to do better, and we will watch to make sure that it does. And we don’t need video. We will work with the NFL to develop policies that help victims to come forward – policies that help them after they have done so, and that don’t assume they are lying. And we must ensure that abusers are punished in a manner that reflects the seriousness of the offense – and without a requirement that anyone have “seen the punch.”

Richard Blumenthal is the senior U.S. Senator from Connecticut. Kim Gandy is the president and CEO of the National Network to End Domestic Violence, and the former president of NOW. 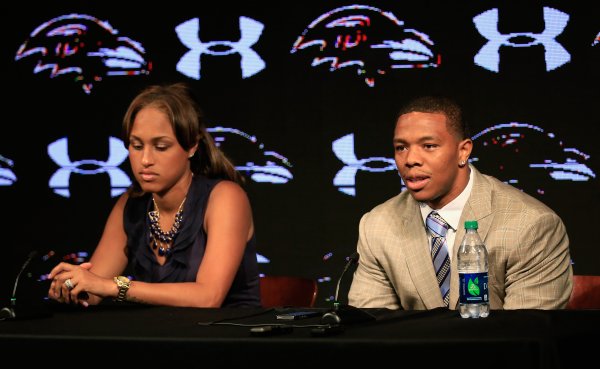 Dr. Ben Carson: Sometimes It's OK To Stay After Domestic Violence
Next Up: Editor's Pick