American and Filipino prisoners of war during the Bataan Death march when the Japanese force-marched them across the Philippines, May 1942.
MPI/Getty Images
By Kirk Spitzer / Yokkaichi

Kathy Holcomb put her hand on the wall of a crumbling factory building in the central Japanese city of Yokkaichi and envisioned her father touching the same spot during his years as a prisoner of the Japanese during World War II.

Like thousands of American POWs, her father was made to labor under slave-like conditions in Japan’s war industry. Four of every 10 American prisoners died of starvation, illness or abuse.

Now, the survivors, their families and supporters are demanding an apology from the companies that operated those camps and profited from POW labor. Those include some of Japan’s best-known corporate giants.

“My father never really forgave the Japanese. He never understood the cruelty or the constant physical abuse,” said Holcomb. Her father, Harold Vick, was a tank crewman who was captured in the Philippines in the early days of World War II. He died several years ago.

“If he could have come here himself—if he could have heard them apologize and acknowledge what was done to him—it might have helped give him a sense of closure,” she said.

The campaign for an apology comes as Japan’s political leadership is pushing a revisionist view of wartime history. Prime Minister Shinzo Abe earlier this year sent a message of support to a memorial service that honored convicted war criminals—including some who were executed by the Allies for abuse of POWs.

The treatment of American and allied prisoners by the Japanese is one of the abiding horrors of World War II. Prisoners were routinely beaten, starved and abused and forced to work in mines and war-related factories in clear violation of the Geneva Conventions. Of the 27,000 Americans taken prisoner by the Japanese, a shocking 40 percent died in captivity, according to the U.S. Congressional Research Service. That compares with just one percent of American prisoners who died in German POW camps.

The Japanese government issued a formal apology to American POWs in 2009 and started a “POW Friendship and Remembrance” program a year later. That program brings a small group of American POWs and family members to Japan each year to meet with officials and private citizens and, in some cases, visit the sites where POWs were held.

More than 60 companies used POW labor during the war, usually paying Japan’s Imperial Army a fee for the privilege, and using company employees as supplemental guards and jailers, according to the US-Japan Dialogue on POWs, a non-profit support organization based in California.

Surviving POWs and advocates have been pressing for apologies from more than a dozen companies, including some of Japan’s largest. But so far, only one—a chemical manufacturer based in Yokkaichi, near Nagoya—has done so.

Akira Kobayashi, managing executive officer of Ishihara Sangyo, said using POW labor was “one of the dark episodes” in the company’s past. Issuing an apology in 2010 was “the right thing to do,” he said.

“What we are doing here today is not only to honor your father, but it’s also for future generations, to try to bring our two countries closer together,” Kobayashi told Holcomb during an emotional meeting at the company headquarters this week.

The 1952 Treaty of Peace with Japan provided for modest compensation payments to former POWs. That money came from Japanese assets seized in the United States and elsewhere outside Japan. But U.S. and Japanese courts have ruled that the treaty explicitly prevents American POWs from seeking additional damages from either the Japanese government or private citizens. A handful of lawsuits filed in California against Mitsubishi Corp., Nippon Steel and other companies that used POW labor during the war were dismissed by federal courts in 2004.

The U.S. government is at least partly at fault for failing to ensure that POWs abused by the Japanese were treated the same as those by the Germans, said Linda Goetz Holmes. She is a former member of the Nazi War Crimes and Japanese Imperial Records Interagency Working Group, and author of Unjust Enrichment: American POWs Under the Rising Sun.

“German companies long ago apologized to those who worked as slave laborers, and additional compensation was paid either by the companies or the German government, “ she said. “But when it came to Japan, our State Department said ‘Oh no, this will interfere with our foreign relations.’”

But financial compensation is not the point, said 94-year-old Lester Tenney, a former POW and head of the American Defenders of Bataan and Corregidor, a POW support group.

“Our legal fight has never been about money. It has been about honor, dignity and responsibility,” Tenney said in an email interview from his home near San Diego.

“The companies that enslaved thousands of Americans, and failed to provide them with the very basic necessities of life should, once and for all, come forward and apologize for the cruelties that were handed out,” said Tenney. He was taken prisoner in the Philippines and spent more than two years laboring in a coalmine in southern Japan.

Advocates have asked more than a dozen Japanese companies that used POW labor during the war to apologize. But so far, only Ishihara Sangyo has responded, said Kinue Tokudome, founder and executive director of the US-Japan Dialogue. Given the political climate in Japan, that may not be surprising.

Abe is a staunch conservative who in the past has questioned Japan’s war responsibility. In April, he provided a message that was read aloud during a memorial service honoring about 1,180 convicted war criminals. Those include more than 130 Japanese who were tried and executed for crimes related to the abuse of American POWs, according to Tokudome.

In the message, Abe referred to the war criminals as “martyrs who staked their souls to become the foundation of their nation.”

Tenney said Abe’s message is “disgraceful” and ignores the truth.

The treatment of POWs is not widely discussed in Japan. But that could change later this year, when the film Unbroken is scheduled for release in the United States.

That film, directed A-lister Angelina Jolie, traces the brutal treatment of Louis Zamperini in Japanese prison camps and his fight for survival. A star of the 1936 U.S. Olympic team, Zamperini was captured after his Army Air Force bomber crashed in the Pacific Ocean in May 1943.

The movie is based on the best-selling book of the same name. That book, released in 2010, was denounced on right-wing websites here as anti-Japanese propaganda. A release date for the film in Japan has not been fixed.

The issue of POW treatment by the Japanese is unlikely to go away, says Holcomb. She said her father was haunted by his prison experience and suffered daily from injuries he received while working at what was then a copper refinery—injuries that were never properly treated.

Holcomb said she decided to visit the Ishihara Sangyo plant after moving to South Korea earlier this year. The facility still has some of the same roads, buildings and dock facilities as when her father was held here; officials allowed her to tour the plant and to visit a small shrine dedicated to the POWs and others who died during the war. She said the visit helped bring closure for her, but that others are still suffering.

“This isn’t going to end even when all of the former POWs pass away. Their children and grandchildren have heard the stories, and have lived with the stories, and they haven’t forgotten. This isn’t about money. It’s about acknowledging what was done to these men.” 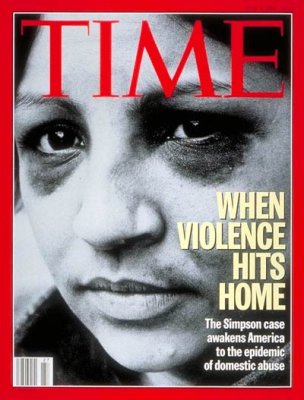 O.J. Simpson and Ray Rice: How Domestic Violence Has Changed
Next Up: Editor's Pick