Player-Powered Stadium Floodlights Have Been Launched in Rio

A child plays with soccer ball at a refurbished soccer field at the Mineira slum in Rio de Janeiro September 10, 2014.
Ricardo Moraes —Reuters
By Rishi Iyengar

The world’s first soccer field with floodlights powered by player movement was unveiled in Rio de Janeiro on Wednesday, but it’s not at the Maracanã.

The never-before-seen technology was in fact launched at Mineira — one of the Brazilian city’s slums, AFP reports.

The technology is called Pavegen, and harvests energy from players’ footsteps using tiles made from 80% recycled material that capture kinetic energy, AFP says. Two hundred of the weatherproof tiles have been installed underneath the playing surface, and the energy from them will be supplemented by solar panels installed on the roof of a neighboring samba school.

Brazilian soccer legend Pelé, who was present for the arena’s inauguration, said the innovation represented new frontiers for the country.

Although residents approved the project in a public vote, the cost of playing there — $20 an hour — is too steep for most in the favela, as slums are locally known.

“Today, we have to play outside our community as we can’t pay,” Bruno Olivera, a hospital worker, told AFP.

Pavegen’s chairman said the company is trying to find ways to reduce the cost of the technology. 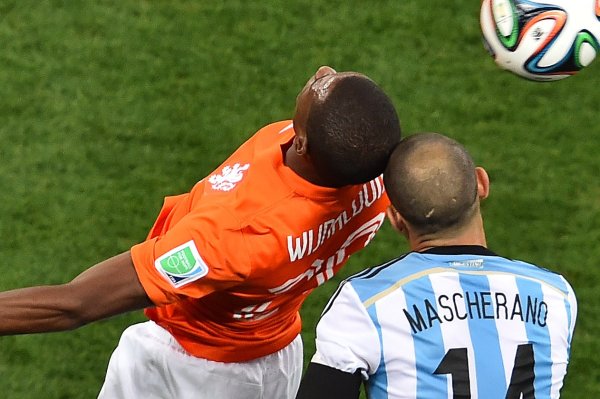