Comedian Michael Che will co-anchor Saturday Night Live’s Weekend Update this upcoming season, replacing anchor Cecily Strong, who will continue to appear on the show as a repertory player.

Che will join co-anchor Colin Jost, who is entering his second season in the role, NBC said.

Che joined SNL as a writer last year, but he is perhaps best known to fans for his four-month-long run this summer as a correspondent on Jon Stewart’s The Daily Show, as well as for his appearances on Seth Meyers’ Late Night and David Letterman’s Late Show. He has been named one of Rolling Stone’s “50 Funniest People,” plus one of Buzzfeed’s “50 Hottest Men in Comedy.”

“I wanna thank Jon & the entire @TheDailyShow staff for letting me do this. i had a FANTASTIC time there. 1st class all the way,” tweeted Che on Thursday night.

SNL’s 40th season will premiere on Sept. 27 with first-time host Chris Pratt, who plays the affably clueless Andy Dwyer on Parks and Recreation and stars in the recent blockbuster Guardians of the Galaxy. Ariana Grande, the pint-size, high-pony-tailed singer whose summer album My Everything is scrapping the top of the Billboard chart, will join him as a guest.

Sarah Silverman will host the second episode, when Maroon 5 will make their fifth guest appearance.

The new season will bring several other changes: featured players John Milhiser, Brooks Wheelan and Noël Wells have all been let go, and player Nasim Pedrad has left to work on Fox’s Mulaney, the Hollywood Reporter said. 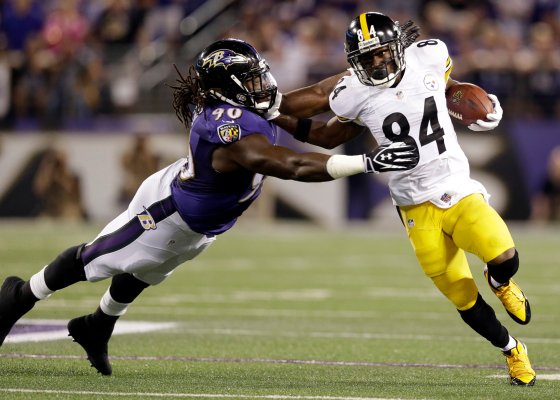 CBS Does What Goodell Wishes He Could: Make the Ray Rice Saga Go Away
Next Up: Editor's Pick