A Utah teacher was injured after her concealed weapon accidentally fired in the bathroom and caused a toilet to explode.

Michelle Ferguson-Montgomery, who teaches sixth grade at Westbrook Elementary School in Taylorsville, Utah, was in good condition on Thursday after she was hit by stray bullet and toilet fragments during the incident, according to a spokesperson for the Granite School District, the Associated Press reports.

Officials initially thought Ferguson-Montgomery, who carried the gun legally under a concealed-weapon permit, shot herself, but now it is believed to have been an accident. The state of Utah allows gun owners with concealed-weapon permits to have their gun on public school grounds, and the Granite School District requires the permitted weapons to always be on the permit-holder’s body, though teachers do not have to disclose that they are packing heat.

The AP was unable to reach Ferguson-Montgomery for comment. 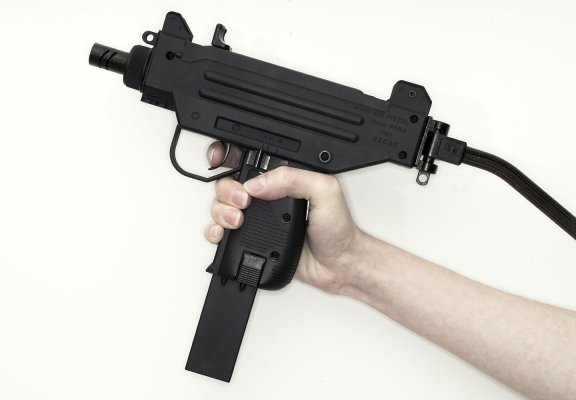