6 Things We Learned From the New Bob Dylan Tell-All

Not many people get close to Bob Dylan, but Victor Maymudes – who was Dylan’s road manager in the mid-Sixties and again from 1986 to 1996 – certainly did. Maymudes died in 2001, but he left behind hours of interview tapes, which his son Jacob has turned into a revealing new memoir, Another Side of Bob Dylan. The book, which hits shelves this week, traces their entire time together, from the coffee house days in Greenwich Village to their legendary cross country road trip in 1964 to the madness of the Never Ending Tour in the 1980s and 1990s. Here are six things we learned from the book.

MORE: In Pics: The Evolution of Bob Dylan

The night Dylan met the Beatles was kind of awkward.
Maymudes provides one of the most complete accounts of the famous summit, at the Beatles’ New York hotel on August 28th, 1964. “Bob tried to roll a joint and it fell to piece in his hands,” Maymudes says, “scattering pot over a bowl of fruit sitting on the table.” Victor took over and rolled the joints himself. That helped liven up the party, but Dylan, who’d been drinking, passed out on the floor within an hour. “The following morning, Paul came up to me and hugged me for 10 minutes,” says Maymudes, ‘and said, ‘It was so great, and it’s all your fault because I love this pot!'”

Dylan quit drinking in 1994.
“He just stopped on a dime,” Maymudes says. “He didn’t talk as much once he stopped and he didn’t laugh as loud either. It was a really big deal for him and really showed his commitment to changing his behavior. He was capable of dealing with a broader range of personalities when he was drinking and after stopping, his tolerance for certain types of behavior diminished. Bob lost a bit of self-esteem when he sobered up, became little more introverted and a little less social.”

MORE: In Pics: Bob Dylan Through The Years

George Harrison was pissed off about Dylan’s 30th-anniversary concert in 1992.
The all-star show at Madison Square Garden was widely believed to be for charity. It was actually for profit. “Harrison was so angry, he made T-shirts with dollar signs on them and sent them to me and Bob,” Maymudes says. “George also got in trouble with Olivia, his wife. She tracked the last number he dialed on the hotel phone to a limousine company that I had arranged for him to use to send a limo for a girl he was involved with. When Olivia blew up over that, I found myself in the middle of the confrontation.”

Victor was there when the legend cut Another Side of Bob Dylan in one amazing night.
“He had never sang the songs in front of anybody before [that night],” Maymudes says. “He just blurted it out, like electricity building up in a capacitor, and then shooting out, he had packed it all inside himself and let it explode. I was in a daze.”

During downtime on his 1989 tour, Dylan went out to see Tim Burton’s Batman.

There aren’t many more details available, but it raises many questions. Was Dylan upset by the film’s exclusion of Robin? Did he dig the Prince songs? Was he bummed out when Val Kilmer took over as Batman in 1995? Has he seen the more recent Dark Knight trilogy? How about The Avengers? 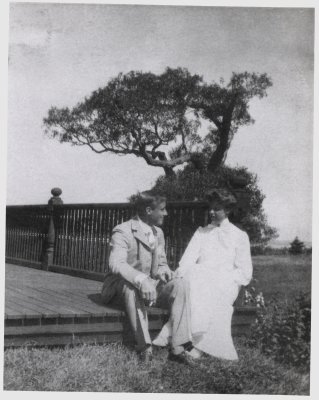 Review: The Roosevelts Gets Up Close and Personal With History
Next Up: Editor's Pick